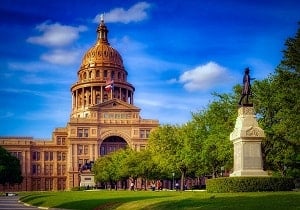 In the capitol of Texas, Austin, a heated debate has ensued after the state recently passed House Bill 1325.  The Bill legalized the production and consumption of hemp. Because of the new law, many district attorneys now require officials to distinguish between hemp from marijuana. Because, marijuana is still illegal in the state, and the substance should be confirmed before any charges are pressed. The determining factor of whether cannabis classifies as hemp or marijuana depends on the amount of THC contained in the substance. Substances with an excess of 0.3% of THC is considered marijuana, and anything under is considered hemp.

While this may seem like a basic distinction, the problem arises from marijuana and hemp looking and smelling very similar. Testing to distinguish between the two can be difficult and potentially expensive. To combat this issue, Austin’s City Council has passed a provision that requests the Austin Police Department to cease arrests for low-level marijuana offenses. Another part of the provision requests that the APD stops spending the city’s funds on private lab testing, unless the case in question is a felony case or if the cannabis was used for drug trafficking instead of personal use.

The City Council’s reasoning behind this vote was simple: Many current

Texas residents are supportive of legalized marijuana. Many states have passed similar measures, such as Illinois and California. Having a drug record can be detrimental to one’s life and future, preventing one from securing job opportunities or even housing. Studies have also shown that those from low income communities or minority groups are more likely to get arrested and sentenced to jail for drug. Additionally, citizens would rather have their tax money spent on more pressing issues than spent on testing cannabis’ THC levels.

The provision has produced mixed reactions from the Austin Police Department. Some police officials have stopped citing and arresting those in possession of cannabis. However, some officers are still concerned with the safety of the city and its residents, worrying that the provision will invite dangerous drug-traffickers. The effects of the provision are still unknown, as the voting took place in late January of 2020. Certainly, the future data to come out on the financial effects vs. the potential increase in drug usage should be interesting.

Fortunately, Texas allows for several types of drug offenses to be sealed or expunged. If you have a criminal record that is holding you back, it’s best to seek the advice of professionals. You can start this process today by taking our free, secure eligibility test, or by contacting one of our knowledgeable representatives. 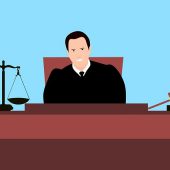