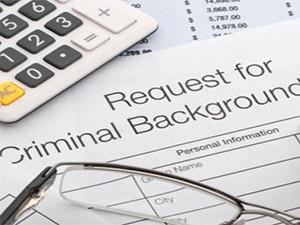 Applying for an expungement is a legal right offered in many states within the U.S. Criminal record expungement refers to the legal process of erasing one’s previous offenses from the public record following the final disposition of the case. Unfortunately, many of those eligible for expungement remain unaware of the legal process, and thus do not take full advantage of the law.

The following post is a brief synopsis of a cost-benefit analysis of record expungement for ex-offenders served by the Record Clearance Project (RCP) of San Jose State University. The full study can be found here. In conducting this cost-benefit analysis, it was determined that the relevant costs associated with criminal record expungement are as follows: processing costs for the probation office and court system, legal assistance, and the perceived costs to potential employers. These costs are weighed against the following relative benefits of expunging your record: an increase in income, increased GDP, increased tax revenues, decreased government assistance, decreased recidivism, and an increase in other societal benefits such as allowing more access to housing or loans after an expungement is completed.

The general findings from this study are that criminal record expungement can help tremendously, especially in finding and securing a job. Most employers will conduct a criminal background check, with more than 50% of them feeling discouraged to hire someone due to the stigma of having a criminal record. Having one’s record expunged greatly increases the chances of being hired because it prevents a potential employer from seeing the criminal record of a job applicant. Expunging criminal records can also improve economic productivity, as well as increase tax revenues. The main findings of this study include the following highlights:

To determine if your case is eligible for expungement, please take the free, secure, confidential eligibility test here, or contact one of our agents at WipeRecord today: 844.947.3732