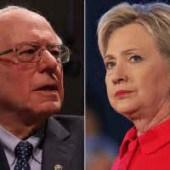 Bernie and Hillary: Criminal Justice System Must be Reformed

Our team at WipeRecord is enthused about the reformation of the criminal justice system. We are watching the current presidential campaigns closely, as this has been a hotly discussed topic for at least one party.

Both Hillary Clinton and Bernie Sanders agree that the criminal justice system needs to be reformed. In their respective campaigns, both have vehemently expressed that the current system is broken and needs to be fixed.

Clinton has spoken on “systemic racism” that not only permeates the criminal justice system but also the areas of education and employment. “When we talk about criminal justice reform and ending the era of mass incarceration, we also have to talk about jobs, education, housing and other ways of helping these communities do better.”

In his concession speech in Nevada, Sanders highlighted the hypocrisy of the criminal justice system: He stated that “the American people are catching on that we have a broken criminal justice system. A system today that says some kid in Nevada or Vermont gets picked up with some marijuana, that kid will have a police record staying with him his entire life. But if you are a Wall Street executive and your illegal behavior destroys the economy and lives of millions of people, somehow nothing happens to you. And our job is to bring justice back to the criminal justice system.”

While Bernie and Hillary are raising awareness of the broken criminal justice system in their campaigns, the GOP is not voicing too many opinions or plans about how to help the nearly 70 million Americans with a criminal record. The most Marco Rubio has said is that the black lives matter movement is “serious” and “legitimate,” but also said those problems don’t all “have governmental answers.” He has not detailed what his administration would do in the area of criminal justice reform.

Ted Cruz has voiced his opinion that solutions for people addicted to heroin would come from churches, charities and loved ones. In comparison, Donald Trump has discussed a “law and order” approach to criminal justice reform, which does not generally consider rehabilitation options for ex-offenders.

The only GOP contender that has offered any real vision on criminal justice reform is Ohio governor, John Kasich. Ohio expungement laws have recently been reformed; and because of this, many Ohioans have successfully expunged their records. Ohio also has some progressive gun rights restoration laws that enable those who have lost their rights to restore them through the legal process.

When close to 25% of the American population has a criminal record, it should be an important topic of discussion for the candidates. This issue continues to affect American’s lives on a daily basis; and hopefully it will be given the attention it deserves this election cycle.