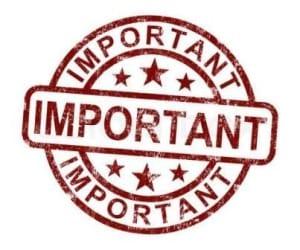 It becomes very stressful and tedious for one to secure a job or rent an apartment with a criminal record. It does not matter if you were convicted or merely arrested. The good news is that you do not have to carry this burden for the rest of your life, as expunging convictions in California can give you a clean record and a fresh start.

In California, expungement is the legal process that allows past offenders to clean up their criminal records. After filing a petition for expungement, the court reopens the case and withdraws the guilty verdict or plea. The charges are dismissed and the case is closed. The criminal case still remains public record; however, the record will reflect that the case was expunged and charges dismissed. Most importantly, after an expungement you may legally state that you have not been convicted of the expunged crime.

Who is eligible for a California expungement?

In California, convictions may generally be expunged if: (1) there was no state prison sentence, (2) the person is not on probation and does not have pending charges, and (3) it is not a prohibited offense such as a sex crime prohibited by statute. Additionally, all fines and court costs, restitution, and any other court mandated requirements must be satisfied to qualify for expungement.

What offenses are ineligible for a California expungement?

Expungement is not available for all offenses—by statute, California disqualifies a limited number of serious crimes from expungement. Those sentenced to state prison do not qualify for expungement. In addition, some serious offenses may never be expunged, including:

-any misdemeanor within the provision of Vehicle Code section 42001(b)

What is a Wobbler?

A “wobbler” is a criminal offense that can be charged as either a felony or misdemeanor. If your case qualifies for expungement, you can also request that the felony wobbler offense be reduced to a misdemeanor. This is commonly known as a “felony reduction,” and it is important for many reasons. The reduction of a felony conviction typically restores firearm rights that were lost due to a felony conviction. Many crimes in California are qualifying wobblers.

Examples of offenses qualifying as “wobblers” include:

How long does it take to expunge a record?

The time it takes to obtain an expungement varies depending on the case and county it in which it occurred; however, California expungements typically take between two and three months to obtain.