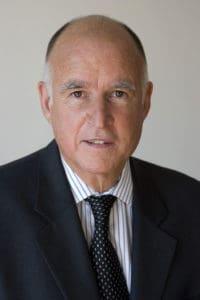 In response to recent high-profile gun violence incidents, Governor Jerry Brown has signed six of the eleven gun control bills that landed on his desk at the beginning of July. As a result, ammunition will be more difficult to buy in California. Additionally, magazine clips that hold more than 10 rounds will be illegal to own. With these new laws, California has become the state with the strictest gun control laws in the country.

SB880, also signed by Governor Brown, re-classified and widened the definition of assault weapons. Features of guns which allow them to accept any kind of magazine are now considered assault weapons. “Bullet buttons,” or an attachment to guns which make the detachment and replacement of magazines easier and faster, have also been banned as part of the sweeping set of legislation. Both California Democrats and Republicans have supported a ballot measure which would make it a felony to steal any kind of gun or buy a stolen gun. This was vetoed by Governor Brown.

The Firearms Policy Coalition vehemently opposed the pieces of legislation signed by Governor Brown, arguing that the laws are constitutionally illegitimate and attack the rights of millions of Americans. Another article of legislation (SB1235) signed by Governor Brown authorized mandatory background checks in order to purchase ammunition, and required stores and individuals who sell bullets to obtain a license for doing so. Data and records regarding the purchase and selling of bullets will be submitted to the California Department of Justice. The remaining bills signed are AB1511 and AB1695. AB1511 imposed limits on the lending of firearms. AB1695 reclassified the act of making a false report to law enforcement that a firearm has been lost or stolen as a misdemeanor.