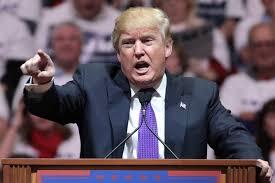 Can A Criminal Record Get You Deported?

Without question, one of the most heated issues in the 2016 election was immigration. As the winner of the 2016 election, Trump’s controversial views on immigration have become strikingly more important over the last 24 hours. At the outset of Mr. Trump’s campaign he made headlines by characterizing Mexicans immigrating to the United States as drug dealers, criminals, and “rapists”. Since making this statement, his immigration policy seems to have softened, but Mr. Trump has made it abundantly clear that he plans to “Deport all criminal aliens” within the first 100 days of his administration.

Who Exactly Does President-Elect Trump Plan to Deport?

In some circumstances, this could be a good idea—few can justify allowing undocumented immigrants who commit serious offenses like rape to stay in the country. The problem lies with what Mr. Trump means by “deporting all criminal aliens”—does he actually intend to deport all undocumented immigrants with any type of criminal record? Do minor offenses like jaywalking or petty theft count? What about the crime of just being in the country illegally? There is a lot of uncertainty with whom Mr. Trump considers to be a criminal that needs to be deported, which should be very alarming to the millions of undocumented immigrants currently residing in the United States.

What Should Undocumented Immigrants Do to Avoid Deportation?

Regardless of the specifics of President-elect Trump’s immigration policy, it’s obvious that undocumented immigrants should immediately take steps to (1) obtain legal residency if possible; and (2) when possible, take steps to remove arrests and convictions from their criminal records.

Immediately Remove Arrests and Criminal Convictions from Your Record

Does Expunging a Criminal Record Guarantee That You Will Not Be Deported?

How to Find Out if You Qualify for an Expungement

Each state’s expungement rules are different, and the process is typically difficult to navigate without an attorney experienced in these matters. WipeRecord is happy to help guide you through the process—we strongly encourage you to take our FREE, confidential Expungement Eligibility Test or give us a call toll free at (844) 947-3732 to discuss your eligibility and the process of expunging or sealing a criminal record. The process can be as fast as around a month, or take as long as an entire year—the sooner you contact us, the sooner we can get to work removing arrests and/or convictions from your criminal record. President-elect Trump takes office soon, so don’t wait until it’s too late!