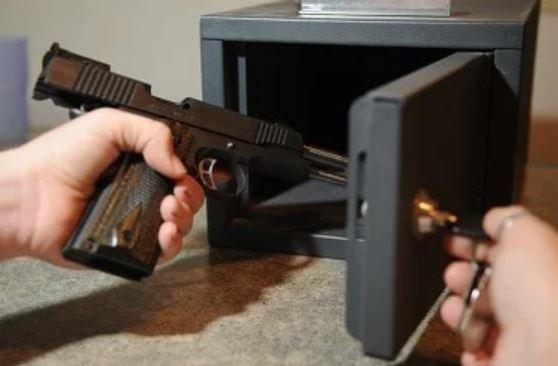 Can a Felon Live with Someone Who Owns a Gun?

Most state laws, as well as federal law, prohibit anyone convicted of a felony from possessing firearms or ammunition. The legal penalties for being a felon in possession of a firearm can be severe. However, people with criminal convictions often have questions about firearm possession and ownership. A popular question that we hear is, can a felon own a gun? If an ex-felon successfully restores their firearm rights, it’s possible for them to legally own a gun. Another common question we receive: can a felon live with someone who owns a gun?

In certain cases a felon can have their firearm rights restored. For example, you may apply to restore your firearm rights in New York through a Certificate of Relief from Disabilities. But, because of the complexities of state and federal law, it’s best to consult an attorney. Regardless, if you have a felony criminal record, and live with a gun owner, do you know what to expect?

A Felon in Possession of Firearms

Picture the following scenario. You have a conviction for a felony or serious misdemeanor. Because of your criminal record, you cannot legally purchase or possess firearms. However, a significant other, a roommate, or a family member may want to exercise their Second Amendment rights. In many cases, they own a firearm to protect themselves and their residence. Yet, is it unlawful to live with this person when you are barred from gun ownership? Is the person you live with in danger of aiding and abetting the illegal possession of firearms?

First, take note that possession is not the same as ownership. What’s important in these cases is that the convicted felon is not in possession of the firearm. However, you can be guilty of constructive possession if the following are true:

Finally, the person who was a lawful gun owner can potentially be criminally liable. Whether a crime has been committed will depend on the circumstances and state law.

What Should I Do to Avoid Prosecution?

The safest option for felons and their housemates is to avoid having a gun in the house altogether. Although every case is different, sometimes it’s not worth the risk of criminal charges. Hypothetically, precautions such as locking the gun in a safe – with the non-felon having the key – can be taken. However, some terms of release state that you cannot have a firearm in the residence at all. In most scenarios, a prosecutor could still argue that the felon exercised some sort of control over the gun. Since possession of a firearm can be actual or constructive, it’s usually a lose-lose situation.

If you have a conviction that prevents you from owning a gun, it’s best to consult an experienced attorney. Many ex-offenders can be eligible for firearm rights restoration, depending on the state. Take our updated eligibility test to see if you qualify for this, or one of our expungement services.