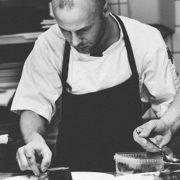 Can I Be a Chef with a Criminal Record?

Many people around the world share the same creative passion: a love for food. Whether it is at home for your family or in a high-end fancy restaurant, what better way to indulge in your passion for food than to become a chef? If a criminal record is stopping you from becoming a chef, there’s always alternative options. The culinary industry is known for extending second chances, and hiring former criminals. For example, Jeff Henderson started his love for food in federal prison. Henderson used to traffic drugs, and at one point he controlled 40% of the cocaine market in Southeast San Diego. He pulled in thousands a week, but admits it’s something which he is by no means proud of.

All the cash and glamour seemed nice, until it all came crashing down in 1988. Henderson was serving a 10-year prison sentence, which is where he began to realize his passion for cooking. Before long, Mr. Henderson dreamed of using these skills once his sentence ran up. Inspired by his new calling, Henderson enjoyed the fact that he could eventually turn this into a great career. Now, he has become a world-renowned chef, and publicly shares his story. He is a true representation of how you can 100% turn your life around no matter the circumstances in the past. If he can do it, then just about anybody can!

Having a criminal record should never discourage you from pursuing a career, especially in culinary arts. True, you may have to start from the bottom of the industry washing dishes. But, there’s no telling what can happen with a bit of hard work and determination. Several of the most well-known chefs in the world have started as a dishwasher, salad chef, or bakery assistant, so there’s nothing to be ashamed of. There’s always room for career advancement. Yes, many restaurants conduct ground checks. Yet, sometimes the background checks aren’t very thorough. Or, maybe the employer is willing to look past certain lower-level offenses.

Several restaurants recognize a quality work ethic, and are willing to give those persons a second chance. There are so many success stories out there that have highlighted ex-offenders’ accomplishments. Many ex-offenders have advanced their career because of an expungement or record seal. Don’t be discouraged from applying or interviewing for a restaurant position, even with a criminal record. If you are still afraid that your record will cripple you from getting a decent job, consider the possibility of getting your record sealed or expunged. Take our free, confidential eligibility test to quickly see if you qualify.