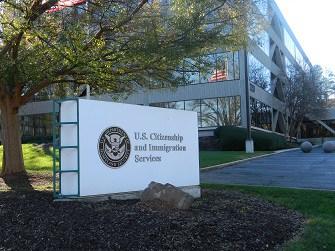 Can I Renew My DACA If I Have a Misdemeanor?

If you’ve seen the news headlines in the past week or so, then you’ve probably heard of “DACA.” For those who are not familiar with the Deferred Action for Childhood Arrivals (DACA), here’s a brief rundown. In 2012, Obama issued the policy change to suspend the deportation of illegal immigrants who entered as minors, and allow them to obtain work permits. This helped many people remain in the country without fear of deportation back to their homelands. But, it has recently been ended by the Trump administration, and the President has called on Congress to act instead.

A background check is conducted when reviewing requests for consideration of DACA. Background checks involve checking biographic and biometric information provided by individuals against a variety of databases maintained by DHS and other federal government agencies. So, you may be wondering whether you can renew your DACA with a criminal history. Here is the current position of the Department of Homeland Security:

If you have been convicted of a felony offense, a significant misdemeanor offense, or three or more other misdemeanor offenses not occurring on the same date and not arising out of the same act, omission, or scheme of misconduct, you will not be considered for Deferred Action for Childhood Arrivals (DACA) except where the Department of Homeland Security (DHS) determines there are exceptional circumstances.

Therefore, it seems that most criminal offenses would disqualify you from applying for the DACA program. For purposes of DACA, a felony offense is a “federal, state, or local criminal offense punishable by imprisonment for a term exceeding one year.” For more information on what constitutes a “significant misdemeanor offense,” see the U.S. Citizenship and Immigration Services government website. Minor traffic offenses, while not significant, may be considered when checking your entire offense history. DUI offenses are a significant misdemeanor regardless of the sentence imposed.

Undocumented workers convicted of a crime are at extreme risk if they do not have a clean criminal record. Traditionally, even a single petty theft could disqualify someone from obtaining immigration benefits. Any mistake and mark on your record could make or break a standing immigration case. So, maybe you’ve considered a criminal record expungement or sealing.

Unfortunately, most criminal justice agencies can still obtain access to expunged or sealed records. Expungement and record sealing processes always differ depending on the state. Regardless, expunging your criminal record may not help for immigration purposes. However, there are still many other benefits to a clear criminal record. Read our blog to see if a criminal record can get you deported, or more on the Trump travel ban and immigration issues. Or, take our new and improved eligibility test to see if you qualify for a criminal record expungement or sealing.