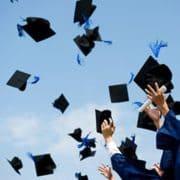 Millions of Americans will be heading to college in the Fall in the hopes of economic achievement and personal prosperity. Unfortunately, for some, a criminal record will separate them from having the opportunity of a college experience. As a young adult unaware of what the future holds, mistakes can be made, often leading to a criminal record. Whether you have just an arrest, or even a conviction, either can affect whether you get admitted into a university. Furthermore, it can be very difficult to apply for and obtain financial aid with a criminal record.

Some initiatives have moved forward to help those struggling to get accepted into college. For example, officials at New York University are implementing a “ban the box” policy to start the Fall 2018 semester. This would remove the question which asks applicants about previous convictions. In July 2016, the federal government took some action as well, in hopes of assisting would-be students. The Department of Education launched its Second Chance Pell pilot program, in which $30 million in grants were made available to nearly 12,000 incarcerated students for further education and training programs.

Know what’s on your record!

The major problem for many juvenile offenders – they believe that their criminal record was automatically sealed or expunged. While this may be the case in some states, such as Florida (if you met certain requirements), most states save the arrest and conviction records of juveniles. Furthermore, these records are made available to the public, and can be easily accessed. As noted by a report from the University of Southern Maine, there is a great misunderstanding by many individuals that these records are sealed. As a consequence, “individuals with juvenile records face significant barriers in application processes, securing employment, enrolling in the military and to a lesser extent, accessing housing and financial supports.”

You may have heard the saying, “If you can’t do the time, don’t commit the crime.” Understandably, some crimes are inexcusable acts which should not be expunged. But for some individuals who commit a one-time, non-violent crime at an early age – many deserve a second chance. Luckily, there has been an increase in expungement and record seal legislation finding its way to passage across the country. If you have a criminal event as a juvenile, the best thing to do is find out whether that record is still public. If so, getting the criminal record sealed or expunged could be extremely valuable. Because the expungement process can be difficult, it’s always best to consult an attorney with the proper experience.