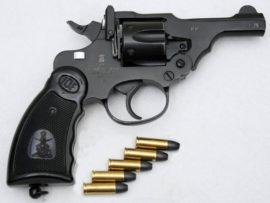 On Thursday June 9, 2016, the United States Court of Appeals for the Ninth Circuit in San Francisco determined that concealed carry of weapons in public places is not protected by the Second Amendment. This ruling upheld a California law which required individuals to have “good cause” for carrying a weapon, like an increased security risk due to their particular occupation. The 7-4 decision overruled a previous decision made in the same court in San Francisco. The previous decision was a three judge panel and had found the California law to be unconstitutional.

After this decision loosened restrictions, counties were flooded with applications for concealed carry permits. The status of these applications is currently unknown. One lasting effect of the California decision is that it will give more power to states to choose whether or not they will allow concealed carry. A major victory for gun control advocates, this decision has faced some controversy both within California and outside of it. Some activists believe that this decision leaves ordinary American powerless against more armed members of law enforcement, while others believe that it is a necessary first step to protecting public safety. It is possible that the state could be sent up to the Supreme Court for further review, though it may be unlikely, as the decision was closely split.

However, the Supreme Court may choose to take the case because the issue of gun control in the public sphere remains largely undecided. Where the Supreme Court has determined that the Second Amendment largely sanctions gun ownership within the privacy of the individual home, it may decide to address the issue of guns in public by either upholding the California decision or overturning it. State Attorney General Kamala Harris has expressed support for this decision and has emphasized that it better allows members of state, local, and county law enforcement to perform their jobs.