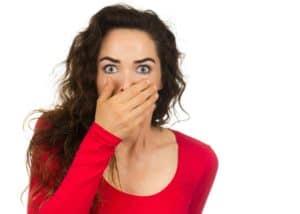 Did You Know Almost 1/3 of American Adults Have a Police Record?

A statistic often used by activists and analysts alike is that about 30% of Americans have a police record. Though this number may appear high, a closer look at the methodology highlights the complex nature of the modern American criminal justice system and the difficulties in monitoring it. This number is not as clear cut as it appears because there are a number of different ways to define “criminal history” and no wide consensus on the best definition.

In most studies, anyone who has interacted with the law in any capacity is often labeled with having had a criminal history, even if they were never formally charged. The first studies on the criminal justice system emerged in the mid 1960s after then-President Lyndon B. Johnson commissioned them. These studies found that 40% of all boys living in the United States would be arrested for a non-traffic offense in their lifetime. Later, in 1996, the National Study of Longitudinal Survey of Youth tried not to attempt to predict the number of boys who would be arrested but collect data on arrests which had already taken place. Their results found that 30% of survey participants under 23 had been arrested for a non-traffic offense. However, crime rates have changed significantly since then, raising some doubts as to their value in the modern day.

There are currently around 100 million arrest records in the United States, but after entries for the deceased and multiple entries for the same person are accounted for, the number is close to 70 million, which averages out to around 30%. This suggests that the 30% number is not too far off from reality, but better reflects the number of Americans who have been arrested, not necessarily those who always have a “criminal history.” One way to get rid of your record is to seek an expungement or record sealing in your state.