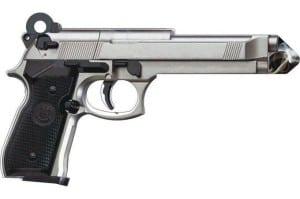 Federal law bans gun possession by felons, who are defined as people convicted of any “crime punishable by imprisonment for a term exceeding one year.” There is an exception for misdemeanor state crimes, that are “punishable by a term of imprisonment of two years or less.” The Third Circuit Court of Appeals in a recent decision has ruled that it is unconstitutional to permanently bar individuals from owning firearms that are convicted of relatively minor offenses. In the combined cases of Binderup and Suarez v. the U.S. Attorney General, the government failed to prove that the plaintiffs represent a heightened risk to society.

The case involved two Pennsylvania men who had been convicted of misdemeanors in the 1990s and were subsequently prohibited from owning firearms. Binderup was convicted of “corrupting a minor,” and was sentenced only to a $300 fine plus three years’ probation. Julio Suarez was convicted in 1990 for carrying a handgun without a license and sentenced only to a $500 fine plus a suspended sentence of 180 days in jail and a year of probation. Both men have led law-abiding lives since there previous convictions. Binderup and Suarez noted that they want to obtain guns to defend themselves and their families within their homes, but have not done so in fear of violating the law.

The court stated in its ruling the following: “Where the Second Amendment’s guarantees apply, as they do for Binderup and Suarez, ‘certain policy choices’ are ‘necessarily’ taken ‘off the table.’ Forever prohibiting them from possessing any firearm is one of those policy choices.” The Second Amendment Foundation, which filed the suit, stated “Today’s victory confirms that the government can’t simply disarm anyone it wishes. At an absolute minimum, people convicted of non-serious crimes, who pose no threat to anyone, retain their fundamental rights.” SAF founder Alan Gouttlieb added, “In an era where government officials want to disqualify as many people as possible from gun ownership, this ruling is monumental. This case will lead to the restoration of people’s civil and constitutional right to own a firearm that is long overdue.”