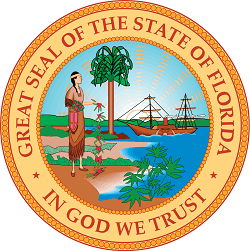 Signed into law by Governor Rick Scott on June 16, 2017, Florida SB 118 will allow for increased record sealing and expungement opportunities for individuals charged, but not convicted, of one or more crimes. The bill passed unanimously through both the House and the Senate before reaching the desk of the Governor. It allows for automatic record sealing for individuals who have had charges filed against them but the charges were dropped. This can happen through a dismissal, or by acquittal, etc.

Legislators such as Rep. Scott Plakon, a sponsor for the House version of the bill, argue that the bill is intended to increase the ease with which individuals who have been arrested, but not convicted, can rent an apartment or get hired for a job. “Especially if someone is innocent, how tragic would it be if this affected their future?” Plakon said.

Additionally, SB 118 would require that any websites and news sources that post mug shots of individuals whose charges did not result in a conviction to remove them. Or, they will face fines up to $1,000 a day and further penalties under the Florida Deceptive and Unfair Trade Practices Act. To have your mug shot removed, you or your legal representative must submit a written request of removal to the organization. You must also include “sufficient proof of identification” that you are the person or the representative of the person whose photograph will be removed. These organizations are prohibited from requesting any fee for the service of taking down the mug shot. They will have a period of ten days to remove the photograph, starting with the day they were notified, before they begin facing fines.

The new law doesn’t put a cap on the number of charges that can be sealed, and all charges will be automatically sealed once the period for appeals has expired. The law will require automatic record sealing in situations where an individual faced an “incident of alleged criminal activity” but was:

This could mean that almost 3 million criminal records in Florida could be sealed automatically. Once sealed, individuals would no longer have to worry about criminal charges showing up on background checks. While only the process to seal records would be automatic, SB 118 opens the door for criminal record expungement, which would allow a permanent erasure of criminal arrests. This is an option that was previously not allowed for individuals charged with crimes in Florida.

If you think you may be eligible for a Florida record seal or expungement, take our free, newly updated eligibility test to see if our firm can help. Our new e-commerce option adds a feature which allows you to purchase your legal service right from our website. Check out our site for more information on Florida record removal, and a list of offenses not eligible for sealing or expungement.