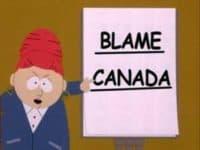 Going to Canada with a Criminal Record? It may be Quite Difficult

Looking to head to Canada to take in some sights, experience culture, or travel for work? Be sure to enjoy it, because Canada is a beautiful country. Just be mindful that if you have a criminal record, entry to the northern half may be difficult. Because the United States and Canada share a database, Canadian border officials can now easily access American travelers’ criminal history and may deny Americans entry to Canada. All charges levied appear on the shared Canadian-American criminal history database and American individuals seeking to enter Canada may need to carry documentation that proves their charges were cleared or they were found not guilty of a crime. Convicted Americans seeking to immigrate to Canada must obtain a Temporary Resident Permit from the Canadian government. Additionally, those who have completed their mandated sentence at least five years prior to the scheduled visit may be eligible for the Canada Criminal Rehabilitation program, which allows Americans to clear their record and inadmissibility to Canada forever. American misdemeanors are typically not considered barriers for entry but certain hybrid crimes like DUIs may still prevent entry. Unfortunately, many Americans do not discover their ineligibility to travel to Canada until they arrive at the border and are turned away.

One way to potentially fix this situation is to expunge your criminal record. Not all crimes/convictions are necessarily eligible for an expungement, but it may be worth looking into as obtaining an expungement will not only help with entry to Canada but for a variety of other reasons such as potentially getting a better job and place to live. You can take our FREE eligibility test or call us toll free to speak with an intake representative right now at 844.947.3732. We look forward to potentially helping you out!