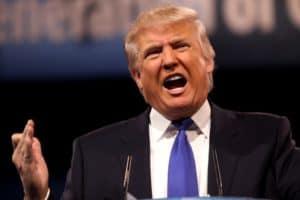 President Barack Obama has issued several executive rulings in his last few weeks as President of the United States. One of these rulings has the effect of blocking gun purchases for thousands of Social Security benefit recipients if they are deemed “financially incompetent.” As a result, some 4.2 million Social Security recipients – about 10 percent of all people 65 and older – could lose the right to own a gun. Gun rights groups, such as Gun Owners of America, are already on the offensive, having made a request to the Trump Administration to look at repealing the order.

The Social Security Administration finalized the rule in December, whereby the agency would submit information to the National Instant Criminal Background Check System (NICS) on recipients of disability insurance and Supplemental Security Income (SSI) if the government determines they are “mental defectives” and unable to manage their own affairs. The NICS background check is the procedure used by licensed firearms dealers to determine whether a person is eligible to purchase a firearm. The system offered by the FBI has processed millions of background checks for prospective gun buyers.

Critics of the new rule are concerned that it is overly broad, and will result in restrictions being placed on harmless, law-abiding Americans. Furthermore, these administrative actions which flag people on the NICS system tend to have inaccuracies which wrongfully limit an individual’s legal right to purchase a gun. The new regulation affects anyone 18 or older qualifying for disability because of a “mental impairment” that prevents the person from working and who must have a “representative payee” for handling their finances, per SSA spokesman Darren Lutz.

According to the rule, the SSA will examine if a person is mentally impaired simply if someone else is handling their financial affairs. The rule states, “at the commencement of the adjudication process we will also notify individuals, both orally and in writing, of their possible Federal prohibition on possessing or receiving firearms, the consequences of such prohibition, the criminal penalties for violating the Gun Control Act, and the availability of relief from the prohibition on the receipt or possession of firearms imposed by Federal law.” Luckily, the rule also permits individuals to request relief from the Federal firearms prohibitions based on the agency’s adjudication, yet this relief will likely be difficult to achieve.

The National Rifle Association, also concerned that this rule will strip law-abiding citizens of their constitutional right, plans to challenge the decision and ask the newly-elected Trump administration to take “corrective action” on the matter. An NRA statement expresses the concern that the rule does not consider an individual’s propensity for violence. Regardless, while Trump has been a proponent of gun rights, having been given the endorsement of the NRA, he has also been skeptical of criminal justice reform. Thus, now is probably the best time to restore your firearm rights after a criminal conviction, as the future political landscape is still uncertain.