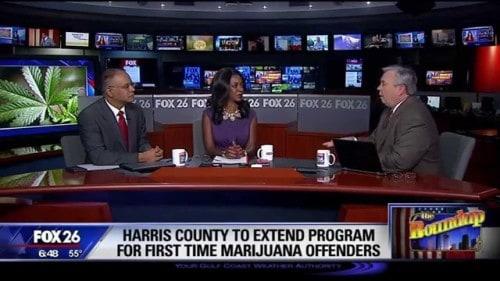 As we enter into the new year, Houston, Texas has experienced a significant legal change related to cannabis possession. Beginning January 1, 2016, the City of Houston has made the decision to cease all filing of criminal charges made against any minor marijuana possession offenders.

The Harris County District Attorney’s office has issued a new directive, referred to as the First Chance Intervention Program, which dictates that all first-time marijuana offenders must be offered the opportunity to participate in a pre-trial intervention program, when found in the possession of two ounces or less of marijuana by police in the County. This program will only be available for first-time offenders. Those who decide to participate will be subject to classroom work and community service, as well as the elimination of any initial, formal criminal charges filed against them. Once the program is completed, the individual will neither be charged with the crime nor possess a criminal record.

The possession of two ounces or less is classified as a criminal misdemeanor under state law, which may be punishable by up to 180 days in jail, a $2000 fine, and will appear on your criminal record. In 2007, Texas lawmakers attempted to address the issue by enacting legislation which permitted the citation of minor marijuana offenders, as opposed to an arrest. However, most police departments continued to make arrests despite the law’s passing, with an estimated 75,000 arrests made annually. Houston remains one of the most populated cities in the nation, with a growing population over 2.2 million people. This new directive is expected to be a warm gesture and change for many local residents. Attempts have also been made by officials in several other metropolitan areas to implement local ordinances in order to discourage the arrest of minor marijuana charges. These areas include Philadelphia, Milwaukee, and Miami-Dade County, as well as others.

If you have a prior marijuana offense on your record, contact our team at WipeRecord today to learn how we may be able to help you expunge your criminal record and put the past behind you. We offer a low price guarantee on all of our services. Call us today at 844-947-3732 or take our free and secure, confidential eligibility test here.