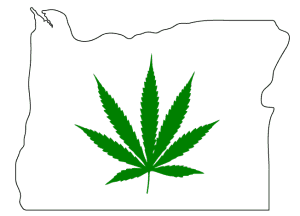 High Times May Lie Ahead in Oregon

The State of Oregon recently passed a law that legalized the recreational use of marijuana. The new law reclassifies marijuana related offenses and contains a provision allowing for retroactive expungement of many marijuana related offenses. Prior convictions for possession, delivery, and manufacture of marijuana are potentially eligible for reduction to misdemeanor or expungement. Motor vehicle violations related to marijuana are not eligible for an expungement. The bill, Senate Bill 844, which will need to be signed by Oregon Governor, Kate Brown, will allow as many as 50,000 Oregonians to expunge their criminal record. If signed, the law will become active on January 1, 2016.

Unlike other states and Washington DC that legalized recreational usage, Oregon is the first state that will allow individuals with prior marijuana charges to request reduction or expungement.

We feel that this new law is an important and logical step in the right direction, and a stance that other states should embrace. Having a record can hurt your chances of getting a job, leasing an apt/house, and even obtain grants for schooling. We’re very proud that Oregon has stepped up to the plate to embrace their new law and allow those who have been hindered by a marijuana related crime to potentially expunge it.

Hopefully other states that have legalized pot will follow in the steps of Oregon.

To see if you’re eligible, take our FREE and confidential eligibility test.