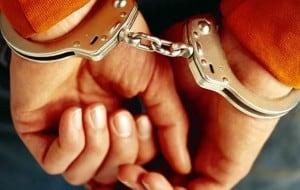 How A Texas Expungement Can Better Your Future

Having a criminal record can alienate someone from opportunities such as employment opportunities, a chance to take a loan, or to own a house. Individuals often face unfair discrimination when their criminal record lists arrests for which there was never even a conviction. Everyday people are arrested for crimes they did not commit. What do you do if you are constantly haunted by an old arrest? Employers, lenders, and landlords unfortunately discriminate against individuals because of their arrest records. Luckily, the State of Texas has a method for relief from arrest records that did not lead to conviction. Texas law allows for expunction of old arrest records. Expunction is the legal process of erasing a prior criminal arrest, it is as if record never existed.

Getting an expunction can be greatly beneficial for any person, especially if someone is looking for new employment or hoping to buy a home. Texas law allows for expunction of prior arrests because the law makers recognize that it is unfair for an old arrest or dismissed case to forever follow a person. An expunction requires that any information pertaining to the case or arrest records be destroyed or erased. The Texas Department of Public Safety will no longer report the details of the case and it will not be maintained in their database. The record will no longer appear on background checks.

Unfortunately, not everyone with a criminal record is eligible for an expunction. Eligible offenders include individuals who were arrested for a charge that did ultimately result in conviction or deferred adjudication. There is an exception for deferred adjudication sentences for class C misdemeanors only. The following types of cases are eligible for expunction under Texas law:

There are many other factors that contribute to eligibility for a Texas Expunction. It is best to seek legal advice from an experienced expungement attorney.

What happens after expunction?

When the order of expunction is granted, an order is sent to the DPS Texas and other agencies that have the records, to destroy them. The process of destroying the records takes about 90 days. There is a chance that the records can be discovered during background checks during this period. In this case, one can get an attorney to write a letter indicating that the offense is expunged.

After all the process of expunction has been completed, the records are no longer available. They are completely removed from the court records and it is as if the records never existed. After the expunction is complete, one can deny the existence of a criminal record except under oath in which case one can say that the record is expunged.