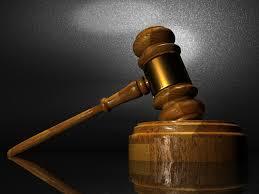 How Can I Get my Criminal Record Expunged Without a Lawyer?

Criminal record expungements are a legal process. But like all legal processes, any citizen could technically do it themselves. Pro se legal representation is the term used for those who choose to advocate on one’s behalf before a court, rather than being represented by a lawyer. This may occur in any court proceeding, whether it be defending oneself in a murder case, filing a patent infringement suit as a plaintiff, or representing oneself in a divorce case. Some people decide to act as their own attorneys because they think it can save them money, or that they are fully qualified to handle their case alone.

The real truth is that representing oneself without an attorney can have serious negative consequences.

While it is true that you could try to be your own lawyer, should you? Is it worth taking the risk when the results can be disastrous? There are countless examples of people who took legal action without first consulting a lawyer, later regretting their decision and paying dearly for it. Our law firm is constantly asked the following question: How can I get my criminal record expunged for free? There is generally no straight answer that can be given to that question, as different courts have varying demands when filing a petition. Using an experienced law firm to expunge a criminal record saves clients time and resources. When dealing with the legal environment, it is always important to do things correctly.

While it may seem like a fairly simple procedure, criminal record expungement is governed by a host of state statutes and local rules that must be followed.

In Indiana, for example, a petitioner may seek to expunge a criminal record only once in their lifetime and must submit all requests within a one-year time frame.

In most states, there are different laws depending on the degree of crimes to be expunged. Here is an example of a Texas expungement statute from Title 1 of the Code of Criminal Procedure, Chapter 55, Article 55:01(a): “A person who has been placed under a custodial or noncustodial arrest for commission of either a felony or misdemeanor is entitled to have all records and files related to the arrest expunged if ….” That is only the beginning of a long list of conditions that must be met under Texas law.

Many areas of expungement law are still open for interpretation. Some states have complex statutes that often conflict with federal law. This is almost always the case for those looking to restore their firearm rights that were lost as a result of a criminal conviction. The firearm restoration process generally involves detailed legal documents that attempt to persuade a court to issue an order. Whether it be a record expungement case or a restoration of firearm rights, the best way to increase your chance of success is to hire a law firm with experienced attorneys.