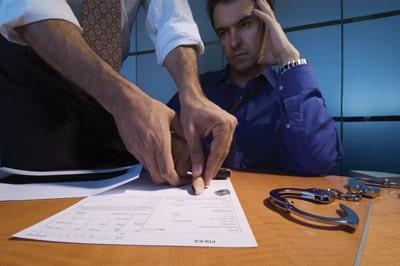 How My Criminal Record Is Punishing My Whole Family

“How My Criminal Record Is Punishing My Whole Family”: A Story by Ms. Matos

Ms. Matos is a 32-year old mother living in Philadelphia, Pennsylvania with her three children- ages 6, 8, and 14. Ms. Matos is fortunate to be able to support all three of her children on her own, although making ends meet has not exactly been easy, due to a criminal record from nearly a decade ago.

In 2006, Ms. Matos had an encounter with law enforcement when she was recording an incident she observed in her neighborhood, where a police officer was using force against another person. The officers saw Ms. Matos recording the incident on her cell phone, told her to stop, and then proceeded to retrieve her cell phone. Ms. Matos pulled away however and was then chased by multiple officers. When the officers caught Ms. Matos, she was assaulted and charged with disorderly conduct (a third-degree misdemeanor). Having already sustained multiple injuries, including various bruises around her body and a fractured hand, Ms. Matos was sentenced to 6 months of probation and left with a criminal record.

Following the incident, Ms. Matos had taken medical leave from work due to the assaults, where she was told she was welcome to come back whenever she was ready. Ms. Matos had worked as a customer service representative for a health insurance company, where she was earning enough money to support her and her three children. However, when Ms. Matos came back ready for work, she was forced to “reapply.” Having to fill out a job application, Ms. Matos was asked if she had ever been convicted of a felony or misdemeanor – she had to answer yes. The company ended up refusing to take her back.

Now, nearly ten years later, Ms. Matos is still having difficulty finding and securing a stable job that pays well enough for her to support her family. Currently, she is working part-time for her brother who owns a small trucking business, where she earns about $150 a week. Needing to support her three children, Ms. Matos turns to food stamps in order to keep her family afloat. Even with a relatively minor third-degree misdemeanor, Ms. Matos is still paying the price for an incident that happened almost ten years ago.

This is one of many stories all over the nation where people struggle or find difficulty in having a criminal record. According to a new study done by the Center for American Progress, nearly 50 percent of children in the U.S. now have a parent or guardian with a criminal record. There are many individuals with cases similar to that of Ms. Matos – those who have paid their dues for minor offenses but still face major consequences today due to having a criminal record – and wiping the slate clean may provide them with a second chance. This clean slate may come in the form of expunction, where a person’s criminal record can be legally “erased,” providing them with a fresh start to a new life of opportunity.

To learn how you can take your future into your own hands and expunge or seal your criminal record to put the past behind you, contact our team at WipeRecord today – 844.947.3732 or info@wiperecord.com.