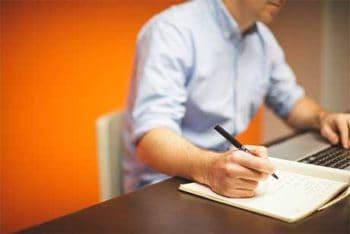 How to Improve Your Chances of Passing a Background Check

What Type Information is in a Background Check?

There are many elements to background checks, some of which include:

What Can I Do to Improve My Chances of Passing a Background Check?

Our clients frequently ask what they can do to pass a criminal background check, and while the answer to this question is specific to each person, there are several simple steps that can be taken to improve your chances of passing a background check.

FIRST, you need to consider the different factors above, which we will cover individually below. SECOND, you need to verify that your records are accurate. Unfortunately, many studies have found serious errors in a significant number of background checks—a 2012 study by the National Consumer Law Center found “Rampant Errors Cost Workers’ Jobs and Skirt Federal Law.”

Criminal records are the most common barrier in passing most types of background checks.

A conviction, or even an arrest, will typically show up in a background check, regardless of how old it is.

To make matters worse, many counties and states make these types of records readily available to the public without your consent or knowledge.

The good news is that many states have a legal remedy to remove these records from the public record, typically preventing them from appearing in a background check.

However, these remedies are not available in every state, and the states that do permit the removal of certain criminal records often have complex laws and procedures which can be difficult to interpret without hiring an attorney.

Many states have laws which permit the expungement, sealing, or setting aside of certain criminal records. Each state has its own set of laws and unique terminology, however, we will refer to these legal remedies as “expungements” for the sake of simplicity. Many states now have laws that permit the expungement of many criminal records, however, each state has its own set of qualifications and restrictions, and they can often have different consequences when granted. For example, in California, an expungement will result in a conviction being dismissed—you may legally state that you have never been convicted of a crime, but the dismissed charges will often appear. In contrast, an expungement in Texas applies to circumstances where charges were dismissed or there was not a finding of guilt—if granted, the expunged criminal record will be destroyed and treated as though it never happened.

Related Post: What’s the Difference Between an Expungement and Record Sealing?

If you do not currently qualify for an expungement, do not give up. Many states are currently in the process of enacting or expanding their expungement laws, and we expect to see this trend continue. In the meantime, sometimes the best way to deal with a criminal record that cannot be expunged is to be completely forthright an honest with the employer. There will be some employers that have company policies where they cannot hire employees with a criminal record; however, this is not the case with all companies. Because a background check will almost always find a criminal record, honesty is usually the best policy.