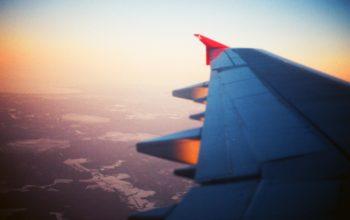 How Will an Expungement Affect My Ability to Travel?

Traveling is something all of us enjoy doing and wish we could do more of. We enjoy sightseeing in new places and creating lasting memories with our loved ones. But what if you want to travel and have a criminal record? Will this affect your ability to travel? The short answer, it depends.

Your ability to travel with a criminal record greatly varies on the country you are traveling to. For example, we stated earlier that Canada can be a difficult country to visit for an individual with a criminal record. Our northern neighbors frequently deny entry to those with convictions for seemingly minor offenses such as shoplifting, possession of a controlled substance, dangerous driving, and theft. Heavier offenses, such as a DUI, are obviously frowned upon and not acceptable as well. Canada and the United States have an information sharing agreement and will provide the Canadian government with whatever criminal information is available. Due to these strict admission requirements, it is highly advisable to clear your criminal record as much as possible before planning a trip to Canada. Doing so improves your chances of entry into Canada, or getting stuck at the border and being subject to a lengthy interrogation.

Other countries like the United Kingdom have strict laws on individuals with a criminal record entering that respective country. For example, model Jeremy Meeks was banned from the UK for serving a three-year sentence for possession of a firearm. According to the UK’s immigration rules, border patrol officials can refuse entry to the UK to anyone who has been sentenced to a jail term of between twelve months and four years, until ten years after the sentence has ended.

Related content: Can I Travel to Mexico with a Criminal Record?

The Benefits of Record Expungement for Travel

Again, the rules and regulations of entry varies by each country. If you are able, expunging your record will most likely make the travel process much easier. It will increase your chances of passing international borders and security checkpoints without having to worry about a criminal record showing up in their database, allowing you to enjoy your travel plans much more. Still, what occurs at the border will vary on a case-by-case basis.