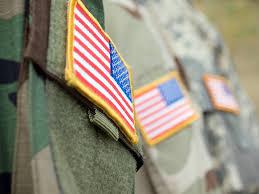 We get this question a lot. A young and brave man or woman wants to join the military and serve their country, but their past life holds a criminal record. Will this create an issue with being accepted into the United States Armed Forces? There are six branches of the U.S. Military including the Army, Army National Guard, Navy, Air Force, Marines, and U.S. Coast Guard. Each of these branches has a unique set of moral character requirements and all must comply with federal law as it relates to recruits with criminal records.

Military recruits must undergo a “Moral Character Screening Of Credit and Criminal Background.” This process screens for adverse criminal records, credit issues, or juvenile adjudication records. This screening process is rigorous, and often times applicants with criminal backgrounds are subject to detailed interviews. It is important to note that federal law requires disclosure of any past charges or arrests. Under Title 32, Chapter V, Section 571.3(c)(2)(i) of the Code of Federal Regulations, applicants to the military must disclose SEALED and/or EXPUNGED criminal cases as well as juvenile records. If you are not honest at this stage, you may be committing a federal offense.

Generally speaking, criminal record waivers can be used for the following types of offenses, subject to some limited restrictions:

Felony offenses create the greatest difficulty for obtaining a waiver. The military has their own definition for a “felony” offense. The federal definition of a felony may be different than the definition in your state of conviction. Many times there may be a way to reduce your felony offense to a misdemeanor, which may create an easier path to enlistment. The military can at its own discretion decide if it will approve or deny a criminal record waiver and the military has a specific process it normally goes through when determining whether or not to enlist an individual who is applying with a record waiver. Several factors are considered and unfortunately if you are denied, there is no opportunity to appeal. It is extremely important to know exactly what you are doing if you are applying to the U.S. Armed Forces with a criminal record. For more information or to speak with one of our record expungement experts, please call us at 844-947-3732 or you can go straight to our expungement eligibility test.

As a closing, our team took a quick glance at www.military.com and this is what the military officially has to say about moral standards of enlistment:

Persons entering the Armed Forces should be of good moral character. The underlying purpose of moral character enlistment standards is to minimize entrance of persons who are likely to become disciplinary cases or security risks or who disrupt good order, morale, and discipline. Moral standards of acceptability for service are designed to disqualify the following kinds of persons:

-Individuals under any form of judicial restraint (bond, probation, imprisonment, or parole).

-Those with significant criminal records.

-Persons convicted of felonies may request a waiver to permit their enlistment. The waiver procedure is not automatic, and approval is based on each individual case. One of the considerations in determining whether a waiver will be granted is the individual’s ability to adjust successfully to civilian life for a period of time following his or her release from judicial control.

-In processing waiver requests, the Military Services shall require information about the “who, what, when, where, and why” of the offense in question; and a number of letters of recommendation attesting to the applicant’s character or suitability for enlistment. Such letters must be from responsible community leaders such as school officials, ministers, and law enforcement officials.

-Those who have been previously separated from the Military Services under conditions other than honorable or for the good of the Service.

-Those who have exhibited antisocial behavior or other traits of character that would render them unfit to associate with military personnel.