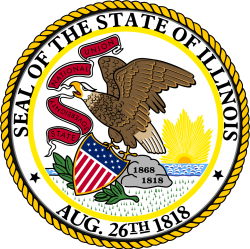 The year 2020 is now upon us, and a lot has changed in the State of Illinois. In May, the Illinois General Assembly passed HB 1438 to legalize recreational marijuana use and sale. Then in June, Democratic Governor J.B. Pritzker signed this historic bill into law. The new rules took effect as the New Year rang in, and thousands lined up across the Chicago area to purchase legal weed for the first time. Illinois is now the 11th state in the country where marijuana is sold legally without a prescription.

To mark the importance of this moment, Lieutenant Governor Juliana Stratton was one of the first people to make a marijuana purchase. The Lt. Gov. visited the Sunnyside Lakeview dispensary and bought some edible gummies infused with THC. Under the new law, adults over 21 years old may own 30 grams of cannabis flower, 500 milligrams of THC in pot products and 5 grams of cannabis concentrate. Visitors to Illinois can purchase 15 grams of the drug but cannot transport it across state lines. Finally, one may only smoke marijuana either in private residences or smoke shops according to the law.

Another major event occurred in Illinois as the governor pardoned more than 11,000 cases of convictions related to low-level marijuana possession. The Lt. Gov. made a statement, saying “we believe the social equity aspects of this legislation should be a model for the entire country. Governor Pritzker pardoned 11,017 low-level cannabis arrests and convictions. That’s just the beginning. We have hundreds of thousands more who will be eligible for having their records expunged. That’s a big deal.”

During his announcement, Gov. Pritzker said clearing the misdemeanor offenses from individual’s records will make it easier for them to get jobs, housing and financial aid for college. Pritzker stated, “we are ending the 50-year-long war on cannabis. We are restoring rights to many tens of thousands of Illinoisans. We are bringing regulation and safety to a previously unsafe and illegal market. And we are creating a new industry that puts equity at its very core.”

State officials estimate that 116,000 convictions for possession of 30 grams or less of marijuana are eligible for pardons under the new law. The Illinois State Police are responsible for identifying those convictions and sending the records to the state’s Prisoner Review Board, which then forwards eligible cases to the governor’s office for pardons. People who have been convicted of offenses involving more than 30 grams of marijuana in Illinois can file court petitions to clear those records. State officials estimate that nearly 34,000 records are eligible for that process. Check out this page for a summary on the adult use of cannabis.

If you have a criminal record in Illinois that you want removed, it’s best to consult an experienced law firm. Start by taking our free, confidential eligibility test to see if you qualify. For more on the House Bill that started the legalization process in Illinois, check out our blog.