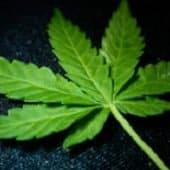 The Governor of Illinois has just signed HB 1438 into law, making cannabis legal in the state for those 21 and older. This makes Illinois the 11th state in the country to legalize the recreational use and purchase of marijuana. Furthermore, the law includes vast criminal justice reform provisions to help those with marijuana-related criminal records. Specifically, it will expunge the records of 800,000 people with criminal records related to the purchase and possession of 30 grams or less of marijuana.

The new Cannabis Regulation and Tax Act is to take effect in 2020. It will allow those that have convictions for up to 30 grams of possession of marijuana to automatically receive relief. Those who were convicted of 30-500 grams of marijuana possession in Illinois can petition a court for relief as well.

What is an Illinois Expungement?

Although the meaning of “expungement” differs by state, an expungement in Illinois essentially means that the record is destroyed. In Illinois, “expunge” means to physically destroy the records or return them to the petition and to obliterate the petitioner’s name from any official index or public record, or both. However, the law does not require the physical destruction of the circuit court (paper) files.

Finally, the new law contains a “social equity program” which will make it easier for those with marijuana convictions to obtain business licenses. The bill also provides state funding in support of marijuana-related businesses. Through this law, Illinois is just one of many other states making big changes to their marijuana laws. California, Colorado, and many other states have already taken action toward sweeping marijuana reform.

Check our blog for more updates on marijuana laws, and see whether your state allows for the expungement of marijuana criminal records. To see if you qualify for an Illinois expungement or record seal, take our free, confidential eligibility test.