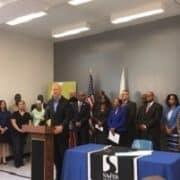 Illinois Governor Bruce Rauner just signed into law what seems to be the broadest record sealing law in the United States. Remarkably, most misdemeanor and felony convictions are eligible for sealing as of August 2017. Still, there is a three-year eligibility waiting period, with no other findings of guilt. Also, ineligible offenses include DUI, sex crimes, animal crimes, and domestic battery. The new law, as amended by HB 2373, is a major opportunity for Illinois offenders looking to seal their criminal records. Illinois is now deemed the nation’s leader in removing collateral consequences for people impacted by the criminal system.

In Illinois, about 45% of adults have some sort of criminal record, according to the Heartland Alliance. Furthermore, between 70 million and 100 million—or as many as one in three Americans—have some type of criminal record. Therefore, many people in this country understand the negative effects of a criminal record. People with criminal records are routinely denied opportunities for quality jobs, safe housing, and education. The goal of the legislation: to ensure that Illinois families can achieve positive outcomes with stable housing, access to employment and educational options.

Various organizations were hard at work pushing this legislation through. Now, the very same people are claiming victory, as the law became effective August 24, 2017. According to Governor Rauner, “Signing HB 2373 is another important step forward in our ongoing effort to make the Illinois criminal justice system more efficient and effective. This law will help people with criminal records obtain jobs, safe housing, and high-quality education, thereby reducing the likelihood of re-incarceration.”

Take Advantage of the New Law

This expansion of the law is a major shift in allowing people to move beyond their past. Before now, only a handful of felony convictions were eligible for sealing. In total, the Governor signed six bills which are aimed at reforming Illinois’ criminal justice system and providing offenders a second chance. Most criminal records can now be sealed as a result of HB 2373. A criminal record that is “sealed” cannot be viewed without a court order, subject to certain exceptions. See our blog for more on the difference between an expungement and record sealing. Or, check out our Illinois state page for a summary of our legal services there.