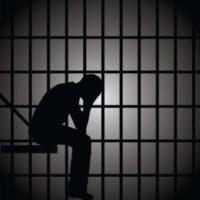 Mass Incarceration in Oklahoma: When Will It End?

In April, a public forum was held in Oklahoma to address mass incarceration in the state. The panel discussion, called “Mass Incarceration in Oklahoma: When Will It End?” had distinguished speakers like Oklahoma House of Representatives Speaker Kris Steele, Oklahoma County District Attorney David Prater and Reverend Jesse Jackson (the pastor of East 6th Street Christian Church, Disciples of Christ), and was moderated by Rev. Don Health, pastor of Edmond Trinity Christian Church (Disciples of Christ). Reverend Jackson argued, to much applause, that the incarceration due to possession of small amounts of marijuana was condemnable.

Prater defended his position by arguing that his first priority was public safety and that many of those incarcerated were not in prison due to possession of small amounts of marijuana. However, Prater also expressed sympathy for those incarcerated or those with incarcerated loved ones by offering support for court-mandated diversion programs that would serve as a substitute for prison time, proving especially beneficial to those with substance abuse or mental health issues. Oklahoma has the second-highest incarceration rate in the United States, and communities have rallied in support of alternatives. A group, the Oklahomans for Criminal Justice Reform, have pushed two initiative petitions forward and it is possible it will go to a vote. One, State Question 780, would reclassify first time drug possession offenses as misdemeanors. The other, State Question 781, uses saved funds from the passage of the first State Question and applies it towards a proposed County Community Safety Investment Fund. These funds would be forward directly to major county leaders who would be able use the money towards criminal justice reform in whatever capacity they see fit.

Related pages and information for Oklahoma: