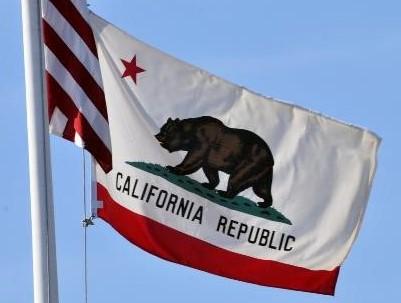 With the recent passage of Assembly Bill No. 1115, California has expanded eligibility to people looking to seal an arrest record or expunge a conviction. Over the last few years, many states have been expanding their expungement and record sealing laws, but they typically don’t make changes as big as the law which took effect January 1, 2018.

I. Changes to the Sealing of Arrest Records

In the past, California has been notoriously strict in its requirements to seal an arrest record. In the past, “actual innocence” was the standard you typically needed to satisfy to seal an arrest record. This is typically an extraordinarily difficult standard to satisfy. Since many of these arrests were situations where there was no actual conviction, it never made a lot of sense to me why California had such a strict requirement. Even states like Texas with more restrictive laws around criminal records allow the expungement or sealing of arrests that did not result in a conviction, so this always struck me as odd for a state like California that is typically very liberal in the expungement of convictions.

The main take away from this new law is that you can seal most arrest records that did not result in a conviction and are not going to result in coming charges.

This new law can initially cause some confusion with the courts, and interesting situations the California legislature did not take into consideration. In most cases, sealing arrest records is mandatory and a matter of right. However, here are the basics:

II. Changes to the Expungement of Convictions

Even prior to the changes made by this new law, California law was already very liberal when it comes to the expungement of convictions. There are several rules and limitations, but the primary rule which disqualified people from expunging convictions was the limitation on expunging convictions that resulted in prison time. Prior to this new law, if you served time in prison, you wouldn’t qualify for expungement. However, California’s new law just made significant modifications to this requirement.

In 2011, California made significant changes to its felony sentencing rules, commonly known as “realignment” under California Penal Code 1170(h). The main change in “realignment” was that many non-violent, non-serious, and non-sexual felony convictions, could now result in sentences being served in county jail instead of state prison. These changes took effect July 1, 2011, and have generally had a positive effect on recidivism and overcrowding in prisons.

The main goal of “realignment” reform in 2011 was to make reforms for sentencing of offenders that were non-violent, non-serious, and non-sexual. California’s new expungement law is following suit, and seeks to provide expungement relief for those that may not have been sentenced to California State Prison, had the conviction occurred prior to the “realignment” reform went into place July 1, 2011.

Over the next several months, there are undoubtedly going to many questions, uncertainties, and confusions in interpreting California’s new felony expungement and arrest record sealing laws. As a result, it is likely a good idea to consult with a California attorney experienced in these matters to see if you qualify under California’s new laws.