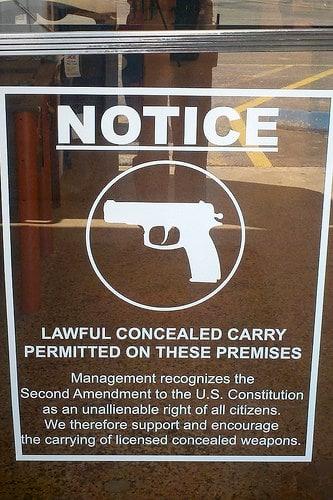 In March 2017, Sen. John Cornyn (R-Texas) introduced the Constitutional Concealed Carry Reciprocity Act of 2017, which would allow legal gun owners and concealed carry permit holders nationwide to responsibly arm themselves no matter where they are. A similar bill was also drafted by Rep. Richard Hudson (R-N.C.) titled, the Concealed Carry Reciprocity Act of 2017. Both bills aim to address the issues facing law-abiding concealed carry permit holders when traveling throughout different states. Currently, one must navigate a separate set of laws, reciprocity policies, and local statutes when traveling out of state.

Both bills have received a good amount of congressional support, but there are a number of government officials opposed to the measure as well. In New York, where the rate of violent crime has decreased dramatically, some authorities like Manhattan DA Cyrus Vance have spoken out against the bills. Mr. Vance stated, “The Concealed Carry Reciprocity Act threatens New York’s ability to protect itself. In New York, we have crafted our laws to consider unique factors like our state’s population density, culture and history.” The Manhattan DA said if the bill passes, some 2-million loaded guns could pour into the city every year.

A similar bill, H.R. 2909, has been entered as well – requiring the District of Columbia to allow concealed carry holders to legally carry there too. Supporters of the bill have cited the recent attack upon members of Congress during a baseball practice in Alexandria, Virginia. While legislators are protected by Capitol Police while on the Capitol campus, the vast majority do not have officers protecting them at all times. Speaking on the incident, U.S. Rep. Thomas Massie (R-KY) stated “I do not want to extend a special privilege to politicians, because the right to keep and bear arms is not a privilege, it is a God-given right protected by our Constitution.”

As with most political issues, there is likely to be a fierce debate from both sides of the aisle for these types of laws. Currently, the U.S. has some 15 million concealed carry permittees, and several thousands more lawfully carrying in the 12 states that do not require a permit for concealed carry. North Carolina is currently attempting to pass a law to remove the requirement for a concealed carry permit. Even some colleges – such as the University of Texas at Austin – have implemented “campus carry” policies, allowing students and faculty to carry firearms. The national trend continues to move towards a decrease in gun control, and time will tell how this will ultimately affect our communities.