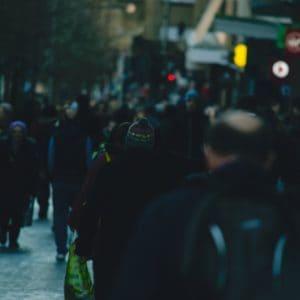 As you may know, living with a criminal record can be very difficult. A criminal record can create barriers between you and the job, housing, or license you would otherwise qualify for. Chances are, you’ve experienced a background check at least once in the past – or maybe you are facing one in the near future. Fortunately, many states have moved toward enacting laws that offer relief for past offenders. States across the country are amending their laws or enacting new ones that allow for low-level convictions, arrests, and dismissed cases to be expunged or sealed. This article will take a look at some of the new state laws being passed to help ex-offenders remove their record and experience the many benefits that come with it.

As previously mentioned, the state has offered some level of record sealing – but only for a small list of convictions. Also, the old law required that the individual be sentenced to a specific type of rehabilitation-related probationary program. But, in April of this year, the New York State Senate approved a bill to greatly expand the number of adult criminal convictions that can be sealed. The law, which takes effect this October, will allow courts to seal up to two convictions (only one which may be a felony) for all crimes other than sex offenses and class A/violent felonies. Petitioners must wait 10 years from the date of their conviction, or release from imprisonment.

If the court orders a record sealed, all records are to be sealed and removed from any public or private agency. The law prohibits public or private employers and occupational licensing agencies from asking about, or taking adverse action on a sealed conviction. Technically, the record is not completely expunged or destroyed, but only a few limited agencies may access the record. For more information on the legal difference between an expungement and a record seal, see our website.

In the fall of 2016, Pennsylvania added a new record sealing statute, which permits certain misdemeanor convictions to be sealed, something never previously offered by the Keystone State. The legal term for this service in Pennsylvania is an “order for limited access.” Records sealed under the new law are not destroyed and remain available only to a limited number of state agencies. However, if you’re granted an “order for limited access,” your records will no longer be available to the general public, private employers, or landlords.

Here are the general requirements to be eligible under the new law: (i) the misdemeanor must be a second or third degree misdemeanor, or an “ungraded offense;” (ii) ten years must have passed since you have completed the terms of your sentence, and you cannot have not been arrested or convicted of a crime during that time period; and (iii) it must not be a prohibited offense (such as intimidating a witness or an offense requiring sexual offender registration)—you can find a list of these offenses on our website.

More recently, the Pennsylvania Senate voted unanimously last week on a Clean Slate bill. The legislative bill would make the sealing of misdemeanor records automatic after 10 years have passed. Individuals must have a clean record within that 10-year period as well. This new sealing law would also be available to those with arrest records whom have never been convicted of an offense. The bill must next pass the Pennsylvania House of Representatives. If this happens, Governor Wolf has said that he intends on signing the record sealing bill to make it a law. This would be a huge relief to many individuals with a criminal record in Pennsylvania.

Another state to enter the realm of record removal services is Montana – enacting a new law authorizing courts to limit public access to adult conviction records. In April, the governor signed into law House Bill 168, which allows individuals to submit a court petition to expunge their criminal records. Petitioners must wait 5 years after completing all the terms of their sentence, and just about any misdemeanor conviction is eligible. The law only allows for one expungement petition to be submitted throughout a person’s lifetime; and, if granted, the result is a full expungement – whereby the physical records are permanently deleted and erased from all sources. The new law goes into effect in October of this year.

A new expungement law will be taking effect in October 2017 in the State of Maryland. In May of last year, the state legislature enacted the Justice Reinvestment Act, allowing for the expungement of misdemeanor convictions and other records. The new law allows over 100 new misdemeanors to be expunged, and sets a waiting period between 10 to 15 years, depending on the level of offense. Individuals must petition the sentencing court where the original charges occurred. Expunged records are kept for a certain amount of time, and are then to be destroyed.

Nevada recently expanded its record sealing law in June to provide more people with this valuable opportunity. Assembly Bill 327, which was signed by the governor, cuts in half the time people must wait to seal a misdemeanor record. The waiting requirement for ‘Category B’ felony record seals has also been reduced from 15 years to just 5 years. The individual must have an otherwise clear criminal record within that time. The move for Nevada signals a commitment to assisting those with a criminal record who would like to pursue a job, housing, or other important opportunity.

The growing number of U.S. States passing record sealing and expungement laws has benefitted many. The political trend seems to be bending toward the idea that a person should not be doomed to a lifetime of punishment for past mistakes. Rather, more and more states are realizing that people should be afforded an opportunity to show their potential, and be allowed to pursue employment, housing, or other licensure without the burden of a criminal record. Check back with our website to see any other updates and news regarding criminal record removal laws.