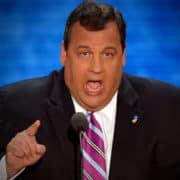 Governor Chris Christie announced Wednesday that he wants to sign a bill before the end of his term to help former prison inmates improve their futures by clearing their past. The governor said he plans to work with Democratic lawmakers on reforms for expunging criminal convictions—a matter of serious importance for those that would like better opportunities for employment (among other benefits).

“I am open to doing this,” Christie said. “Let’s get this done between now and June 30th.” Christie is looking for a bill to be presented before the summer, and in time to be signed before the next elections in November. Christie’s statements were made during a speech at an event aimed at encouraging New Jersey businesses to assist ex-offenders, some with past drug problems, to find jobs after their release.

The Employee Opportunity Summit event was part of Christie’s January State of the State address pledge to dedicate his last year in office to tackling the “crisis of drug addiction.” The governor mentioned, “Expungement has to be an option to … those who earned it and deserve it. We have some negotiations to do in terms of the process of how it would work and who would be eligible for it. But I really do believe it’s something we can get done.”

New Jersey currently allows for the expungement of non-serious misdemeanors and some felonies, but the waiting period of 5 to 10 years from the completion of probation can often pose as a barrier. Furthermore, petitioners are limited to only one expungement, and cannot thereafter expunge another offense. Supporters of an expanded expungement law would like to see shorter waiting periods, and a broader coverage of eligible offenses. Former Governor James E. McGreevey, chairman of New Jersey Reentry Corporation, said “expungement reform is needed to get former inmates long-term employment, which,” he argued, “is essential for rehabilitation.” McGreevey and other will continue pushing for more favorable expungement laws in the near future.