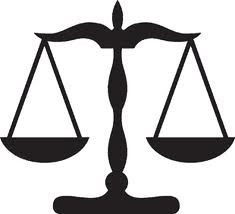 The Texas Legislature passed Senate Bill 1902 which expands the record sealing (aka Order of Non Disclosure) law in Texas to many one-time offenders with a misdemeanor conviction. While this bill improves the states current law, it will ONLY apply to offenses committed on or after September 1, 2015. So, if you were convicted of a misdemeanor before 9/1/15, this law change will not apply to you.

What is the current law in Texas regarding Order of Nondisclosure (OND)?

Currently, only those who received deferred adjudication from a Texas court can apply to seal their record. If you are convicted, you are not allowed to seal your record. So even if you were convicted of a small petty theft 20 years ago, under current law, you cannot seal or better yet, expunge your record. The current law leaves many good, decent citizens out of the running to seal their record. Senate Bill 1902 aims to rectify this situation.

How will first-time offenders benefit from SB 1902?

Well, this bill will give many first-time offenders a second chance. But there are some details that should be noted. Those who are eligible to petition for a record sealing under SB 1902, but who have been previously convicted, placed on deferred adjudication or sealed their record will be ineligible.

Will this bill apply to those who were convicted of a misdemeanor before September, 1, 2015?

Unfortunately, this bill doesn’t help those with a prior conviction on their record. But, as we said before, if you’re convicted of a misdemeanor on or after 9/1/15, then you’re eligible.

Also – if you are placed on deferred adjudication and you successfully complete your terms, you will automatically have your record sealed. As the law reads now, you have to petition the courts to seal your record. So until September 1, 2015, you should contact a Texas expungement attorney to answer any questions relating to expunging or sealing your Texas record.