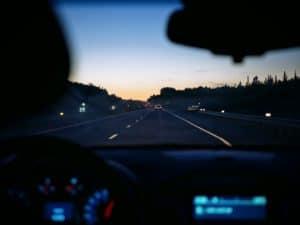 Texas Governor Greg Abbott just recently signed a bill into law allowing first-time DWI offenders to petition to have their criminal record sealed. House Bill 3016, termed the “Second Chance Bill,” allows people convicted of one low-level offense – including a DWI with a blood alcohol level under 0.14 or nonviolent Class C misdemeanors – to request that the record be sealed. The law applies to offenses committed before, on, or after September 1, 2017.

The thinking behind this bill is that first-time DWI offenders will opt for an ignition interlock on their vehicle, which ensures that the driver is sober behind the wheel. By using the interlock device for a period of 6 months, the record may then be sealed once all other requirements are met. Accepting this option would allow the case to be sealed after a period of 2 to 3 years (after completion of sentence). Otherwise, the waiting period to remove the DWI offense stands at 5 years. Under the law, petitioners must complete all the terms of their sentence and pay all fines and restitution. Furthermore, petitioners must not have struck a pedestrian or vehicle with someone inside, nor can they have had a prior DWI conviction. As mentioned, not only are DWI convictions eligible, but the law also extends relief to those with a low-level misdemeanor conviction.

The move is a major step in helping those with a criminal record move beyond their past mistake. State Rep. Senfronia Thompson, D-Houston, introduced the bill because she believes low-level offenders shouldn’t face permanent punishment even though they’ve paid their dues and have already faced penalties. Rep. Thompson stated, “If we are going to require a person to be penalized for a mistake they have made, once that penalty is over with, they have fulfilled the obligations of that penalty. They ought to be given an opportunity to make a living. They ought to be given an opportunity to have a place to live.” (Source: Cision)

Many people know first-hand the numerous ways in which a criminal record can negatively affect their life. Applying for an Order of Nondisclosure in Texas, which is essentially a record seal, can be a complicated process if attempted by oneself. It’s recommended to seek the assistance of an attorney or law firm experienced in such legal matters.