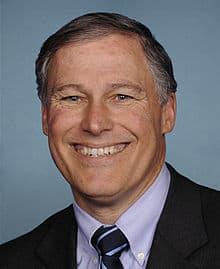 On July 23, a new law took effect in Washington that requires law enforcement to alert victims when their abusers attempt to buy a gun. The House Bill 1501 was signed by Washington Governor Jay Inslee in May, and is the first of its kind among state law. The legislation establishes a grant program which assists authorities in conducting investigations into failed attempts to purchase firearms. The term for attempting to purchase a gun after a failed background check is called “lie and try” attempts. Federal law prohibits anyone who’s been convicted of a ‘misdemeanor crime of domestic violence’ or is under a protective order for domestic abuse to purchase or possess a firearm.

The new law applies to victims whose abusers were convicted in court or have obtained a court-ordered restraining order. Under to the bill, the victim’s order will be registered to a “computer-based criminal intelligence information system available in Washington, used by law enforcement agencies to list outstanding warrants.” The law requires gun dealers to alert the Washington Association of Sheriffs And Police Chiefs (WASPC) within five days of a “lie and try” attempt. WASPC must then notify the Washington State Patrol (WSP), who is required to log the failed attempt to buy a gun into the state’s electronic database, which state law enforcement agencies can access.

According to an investigation by KING 5 TV in Seattle and the Northwest News Network, more than 3,000 “lie and try” attempts in Washington were never investigated between January and December 2016. The story closely followed a report from the state’s attorney general that found in 2003, around 1,400 people were denied a firearm sale because of a domestic violence-related record. The Washington State Coalition Against Domestic Violence reports that 54 percent of the state’s 678 domestic-violence homicides over a 17-year span were committed with firearms. More than half of those who shot intimate partners in domestic violence-related incidents in 2013 and 2014 were legally prohibited from possessing firearms at the time of the shooting.

The new law serves as a warning signal for domestic violence victims, and should greater strengthen collaboration between police and survivors. Police will refer women to local domestic violence programs and help create personalized safety plans when informing women of the failed background check.