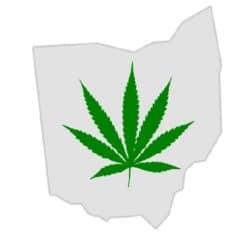 According to the National Conference of State Legislatures, Ohio became the 25th state to legalize medical marijuana on Wednesday, June 8, 2016. The bill would prevent licensed patients from smoking the plant or growing it at home, but would allow them to ingest it as a vapor in order to treat various diseases. Much like in other states, state-sanctioned marijuana users require a medical license obtained through a doctor in order to access the vapor.

Because of the relationship between state government and county government, it is possible that various cities and towns within Ohio could vote to ban dispensaries in their area or mandate them to not be within 500 feet of a school or playground. The next step for the bill is to create a Medical Marijuana Advisory Committee with representatives from law enforcement, the pharmaceutical profession, employers, and doctors, which would designate the rules for growers, patients, and dispensaries.

The committee will work closely with the Ohio Department of Commerce, State Medical Board and Board of Pharmacy. Each of these governing bodies will independently tackle the task of creating a medical marijuana industry. The Department of Commerce will regulate the growing, cultivation, harvesting, and processing of marijuana. The State Medical Board will train and certify doctors who would provide prescriptions and referrals to medical marijuana dispensaries. The Pharmacy Board will register patients, doctors, and dispensaries as well as set up a telephone hotline for answering questions regarding medical marijuana. The state hopes to have these rules adopted within a year but it is unlikely consumers will be able to access medical marijuana before then. Lawmakers plan to ensure the bill is fully implemented by 2018.

In light of this new law, we hope that Ohio will soon become more progressive with marijuana expungement reform. States like Oregon have been quite progressive in allowing marijuana offenses to be expunged.