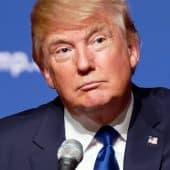 If you are a convicted felon and you once had the right to legally own a firearm, you may have been unpleasantly surprised to find out that you can no longer legally possess a gun with a felony criminal record. A felony conviction typically comes with a potential prison sentence of up to one year. Federal law further prohibits those who were convicted of a misdemeanor crime of domestic violence, or who received a dishonorable discharge from the military.

If you have been affected by these laws, you may be wondering if the Trump administration is doing anything to make it easier (or harder) to restore your gun rights. Well, that is not a simple question to answer, mainly because President Trump has a somewhat shifting view on gun laws. Very often do we hear different versions of his policies, leaving many to wonder what might happen. During his campaign, President Trump was very cozy with the NRA, and it was no secret. His views on gun rights appeared to be nearly a polar opposite than those of former President Obama.

However, since elected, President Trump’s administration has changed its tune on the Second Amendment, angering some of his early pro-gun supporters. For example, the Trump administration recently urged the Supreme Court to reject a Second Amendment claim that would restore the right to own a gun for two Pennsylvania men who were convicted more than 20 years ago of nonviolent crimes.

The case of Sessions vs. Binderup has put the President’s stance on certain gun rights issues into question. The position of Trump’s Justice Department seems far different from the campaign rhetoric that the country heard when Trump was fighting for the presidency. Although, there are several Republican lawmakers who are still pushing to help felons restore their right to own a firearm again.

One amendment currently being proposed would give the ATF funding to review applications from people who want to own a gun but legally cannot under federal law. This amendment would give authority to the ATF to independently review each candidate trying to restore their firearm rights, and reach a decision based on several factors.

It may be too early to tell if President Trump supports the restoration of gun rights for individuals who did not commit violent crimes. But, if we have learned anything from his presidency so far, it is that the past does not in any way predict the future with Trump. There is a great deal of uncertainty, and no shortage of surprises within the Trump administration. The protected right to self-defense is a key part that defines the greatness of America. For more information regarding firearm rights restoration, consult a law firm with experience in such matters.