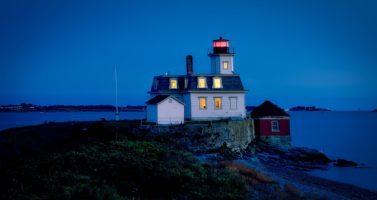 Adding to the list of on-going states looking to give those with a criminal history another chance, the House Panel approved a piece of legislation in Rhode Island that would allow a judge to wipe a record with as many as five misdemeanor convictions clean. With unanimous approval from key House committee and support from Attorney General Peter Kilmartin, the bill would allow a massive number of individuals to be potentially qualified.

A former Pawtucket police officer, Kilmartin believes the bill will have a positive impact. “This bill would allow for individuals to move forward from youthful indiscretions and be productive members of our community,” Kilmartin’s spokeswoman Amy Kempe said. “And I think it’s pretty important to note that these would ONLY be misdemeanors (not felonies), eligible only after 10 years from the end of the last misdemeanor conviction, and only if the person has not been convicted of anything during that period.”

If passed, the bill would represent a victory for the criminal-defense lobby, gun lobby, and advocates for the minority community who repeatedly try to convince lawmakers to remove more crimes from public court records. Some of the exclusions by right of the bill would include convictions for domestic violence, driving under the influence of liquor or drugs, and refusal to submit a chemical test. The bill also does not have any age restrictions.

Although our firm does not currently offer services in Rhode Island, this bill presents an opportunity to change that. Hopefully, lawmakers in Rhode Island can recognize the importance of clearing lower-level criminal records, and take the final step in passing the expungement bill.