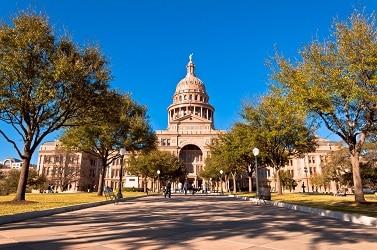 As recently reported by The Nation, a major change for workers with a criminal record may be taking place. Title VII of the Civil Rights Act of 1964 prohibits blanket employment discrimination based on criminal records. This was a response to the disproportionate amount of crimes committed by minorities in low income areas. Since then, employers must consider various factors when assessing an applicant with a criminal background. But, Texas is now working at removing this legal protection granted by federal law. About 1 in 3 Americans have some sort of criminal record. Therefore, a change to this law could negatively affect millions of people.

Since 2013, the Texas attorney general and current Governor Greg Abbot have been pushing to block the Equal Employment Opportunity Commission (EEOC) order that forbade employment discrimination against people with criminal records. The current lawsuit filed by Texas, titled Texas v. EEOC, puts ex-offenders at risk of losing their jobs if the Lone Star State’s lawsuit succeeds. Texas has created various limited restrictions on the use of criminal record in the hiring process. However, if this lawsuit is successful, much can change. Again, about 65 million Americans possess some type of record which would appear on a background check.

Typically, employers have been required to grant applicants with criminal records personal assessments. For example, they may take into consideration:

On a positive note, Texas law allows applicants to deny the existence of any criminal records that have been expunged. Generally, employers may not ask about expunged records as well. Unfortunately, there is a lot of misinformation on the internet in terms of private background check reports. It’s important to know what’s out there, and to take the necessary steps to correct your record.

It Texas wins its lawsuit, it will remove investigators’ most useful tool when evaluating whether an employer’s hiring policy complies with civil-rights laws. Ultimately, this would lead to more occurrences where individuals are unfairly denied employment. So, this could threaten the job security of a large amount of the U.S. population. Yet, a person should not have to suffer a life sentence for a single mistake made early on in life. The possible reversal of this order could prevent people with a criminal record from earning a living to support themselves and their family.

For more information on expunging criminal offenses in Texas and elsewhere, it’s best to consult an attorney. Above all, be sure to check your options. Maybe you could remove a criminal record altogether. If you have a criminal record, take our eligibility test to see if you qualify for these services.