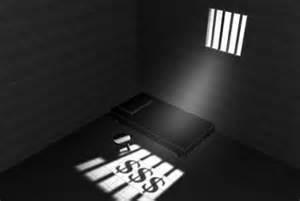 The Cost of Incarcerating Offenders

Did you know that the US houses 25% of the world’s prisoners? That’s more than any other country in the world. In California, there are 33 in-state prisons that are managed/run by the California Department of Corrections and Rehabilitation (CDCR). http://america.aljazeera.com/opinions/2014/7/prison-juries-incarcerationcostbenefit.html

Did you know that CDRC is a government organization meaning that you – yes, YOU – are contributing to supporting these prisons? In California, it costs on average $49,000/year to house 1 inmate in 1 prison. That’s incredible when you consider that there are 112,300 people in prison according to: http://www.ppic.org/main/publication_show.asp?i=702. Simple math tells us that the State of California is paying $5.5B to house these inmates and taxpayers are helping foot the bill. I don’t care who you ask, that’s a lot of money and some of these people don’t deserve to be behind bars.

Granted, we need prisons for some of the most vile criminals out there. Some may think that someone who was a non-violent drug offender should not be characterized the same as a child molester or mass murderer. Do you want someone who was peddling 3 lbs of marijuana in California, for example, to be put in prison? Is that worth $49,000 per year to the taxpayer? Some would argue that if someone was peddling a large amount of marijuana and didn’t have the proper documentation, they should pay a huge fine – not go to a state prison. Although some small steps have been taken to reduce state prison populations, we need a bigger criminal justice overhaul. Some states realize their massive prison populations pose serious problems and are working to rectify the situation.

Some states realize that certain types of offenses should not be punishable by a prison sentence. In California, if you go to state prison, your life is going to change drastically. If you go to jail, for example, you can get out and most likely expunge your California record. When you expunge your record in California, you can honestly say you were never convicted of the offense in question. However, if you go to state prison, the only thing that will help you is a Certificate of Rehabilitation and a Pardon. A Certificate of Rehabilitation is only available after you’re out on good behavior for at least 5 years. To get California moving in the right direction, I’d like to see the state perhaps legalize marijuana and take an even bigger step in allowing all marijuana offenders to expunge their crimes – no matter what the charge was. A similar effort is happening in Oregon right now. Hopefully the voters and law makers in California continue to push for marijuana law reformation and recreational legalization.