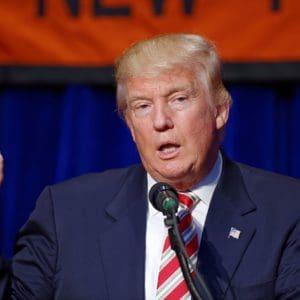 Today in Trump: What’s Happening with the Travel Ban and Immigration?

With the 100th day of the Trump administration approaching, there has certainly been no shortage of shocking moments and provocative mandates. The implementation of various policies that President Trump pushed forward has been shaky. Among those policies are the notorious travel ban issued by executive order, and immigration reform. Both areas have been at the forefront of much debate, and the following questions often come up among discussion:

Attorney General Jeff Sessions recently made headlines by requiring federal prosecutors to give greater priority to cases involving immigration-related offenses such as illegal re-entry to the country, document fraud, identity theft, and smuggling undocumented immigrants across the border. According to remarks prepared for Attorney General Jeff Sessions, Customs and Border Protection agents were told, “For those that continue to seek improper and illegal entry into this country, be forewarned: This is a new era. This is the Trump era. The lawlessness, the abdication of the duty to enforce our immigration laws, and the catch-and-release practices of old are over.”

The policy expands the focus on illegal immigrants to include prosecution for many non-violent crimes. Drug deportations were common under the George W. Bush administration, and increased even sharply under President Barack Obama. From 2007-2012, deportations of people whose most serious conviction was a drug offense increased 22 percent. Now, Trump’s executive orders concerning immigration have had the effect of expanding what is considered a criminal record. As a result, ICE agents will have greater authority to enforce federal laws; and through the direction of Jeff Sessions, immigration-related crimes of all sorts will be pursued with vigor.

The current state of immigration enforcement will focus on those with a criminal record, whether it lead to a conviction or not. The entire definition of what a “criminal record” has been expanded as well. Trump’s order gives a priority for deporting anyone who has “committed acts that constitute a chargeable criminal offense” or “fraud or willful misrepresentation in connection with any official matter or application before a governmental agency.” These categories include anyone under suspicion of breaking the law, using false identification to obtain a job, and those who have ignored orders to leave the country. Essentially, the order defines “criminal” loosely, and includes anyone who has crossed the border illegally – a criminal misdemeanor, and it includes anyone who has abused a public benefits program. According to the Migration Policy Institute, an independent think tank, about 820,000 undocumented immigrants currently have a criminal record.

The current political landscape has left a great deal of people feeling uneasy about the threat of deportation. Even in one of America’s most liberal cities, Austin, Texas, deportations have been on the rise. An operation in early February arrested around 50 people, although only 23 of the arrestees had previous convictions. ICE officials called the arrests of people with no criminal records “collateral apprehensions.” The Travis county sheriff Sally Hernandez has publicly stated that she will no longer give federal immigration agents access to her jail, defying the Texas governor and the President. She plans to comply with immigration agents only in cases where the person is arrested for murder, sexual assault or human trafficking, or if the federal agents have an arrest warrant. Texas Governor Greg Abbott stated, “She would give sanctuary to people who are in the United States illegally, who’ve been convicted of crimes in the past, of heinous crimes like armed robbery.” The Sherriff has shown no signs of backing down, even in the face of legal consequences and a serious threat to the loss of state and federal funding.

After the Trump administration’s first travel ban was struck down, it was redrafted only to be put on hold once again by a federal judge in Hawaii. While the executive order is currently on the backburner, it has left a sense of uncertainty for those targeted immigrants looking to come to the United States. In May, the U.S. Court of Appeals for the Ninth Circuit is set to hear arguments for the ban in Seattle. While the new ban exempts green card holders and anyone approved for a visa, there is an argument being made that the order still unconstitutionally discriminates against religion, as its primary focus is on banning immigration from Muslim-majority nations.

While the ban may not directly affect U.S. citizens generally, it is affecting a great deal of other people, among those being universities around the country. For example, universities such as the University of Wisconsin-Milwaukee, and UW-Madison are being affected in that if international students decide not to risk future travel bans, and choose to study elsewhere, the universities would lose a large chunk of tuition payments. Furthermore, the perception made by the ban that America is not open to welcoming certain international students, hurts the reputation of these and other universities overall. UW-Madison has around 90 faculty, staff, and students from the Muslim-majority countries affected by proposed travel bands, and UWM has more than 100 students from those countries.

Although Mexico is not listed on the travel ban specifically, the ban affects travel between the U.S. and Mexico because it adds to the overall perception that the Trump administration is not friendly to immigration. The concern that an individual may be in danger when traveling, no matter the country, could seriously affect the travel industry and travel agents’ businesses. A final issue with Trump’s travel ban is that it fails to address the issue of countries refusing to take back their criminals. For example, roughly 30,000 people with criminal offenses in 2014 were released and not deported, and about 36,000 the previous year, according to Congressional testimony. “Even for countries such as Mexico or Canada, when we remove anybody to those countries, it is not like we can just take them to the border and push them across,” said David Marin, a deputy field officer with ICE in Los Angeles. “We have to get permission from that country.”

The bottom line is the travel ban, although seeking to prohibit criminals and terrorists from entering the country, has been largely ineffective in dealing with real immigration issues. The American Civil Liberties Union (ACLU) has therefore continued to challenge the order, and will argue the cases next month on appeal.