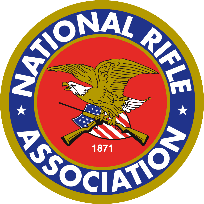 Trump to Address the NRA in Support of Gun-Rights

As President Trump edges to the end of the 100 Day mark, the National Rifle Association is preparing to have him speak at the group’s annual convention in Atlanta, Georgia. The appearance is a big show of support for gun rights as Trump will be the first sitting president since Ronald Reagan to address the group at its annual meeting. The issue of guns was a major focus of the President’s campaign; and the NRA has offered strong support in return for Trump, having spent more than three times as much money to help him in 2016 as it did to back Republican nominee Mitt Romney in 2012, according to the Washington Post.

Now, the NRA is looking for Trump to push for bills widening the validity of concealed-carry permits and removing certain requirements for people seeking gun silencers. The annual meeting is being held at a time when Georgia is debating two hot topics – one who will represent the state’s 6th Congressional District, and another on whether Republic Gov. Nathan Deal should sign a bill allowing registered gun owners to carry firearms on public college campuses. NRA spokesperson Jason Brown says the group is hoping to hear a clear message from Trump, by NPR news. Brown says the group would like to hear Trump discuss “protecting gun rights, expanding gun rights and getting rid of legislation and gun rights restrictions in this county to make the Second Amendment more powerful than it ever has been before.”

The President has stated multiple times throughout various speeches that gun violence would be reduced if bullets were flying in the opposite direction. Referring to the shootings in San Bernardino, Calif. and Roseburg, Ore., Trump stated “You can make the case that it would’ve been a lot better had people had guns because they had something to fire back.” When making similar comments in response to the nightclub shooting in Orlando, Fla, the NRA took a different stance. NRA lobbyist Chris Cox said at the time on ABC “No one thinks that people should go into a nightclub drinking and carrying firearms. That defies common sense. It also defies the law.” Trump later clarified his comments via Twitter, posting that he was referring to increased security with guns, rather than nightclub patrons.

Trump has already taken action against an Obama-era regulation that required the Social Security Administration to disclose mental health information to the national gun background check system. The GOP-led Senate passed the bill back in February which reversed the decision to report the records of some beneficiaries who are incapable of managing their financial affairs, flagging around 75,000 people within the National Instant Criminal Background Check System (NICS). Trump’s appearance at the NRA convention will certainly be a good indication of what to expect in terms of gun-ownership and policies in support of firearms for at least the next for years.