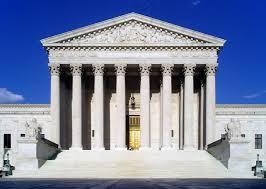 Voisine vs. The United States

The United States Supreme Court has not allowed the unfortunate death of Justice Antonin Scalia to slow its progress. By ensuring that the Court decides cases with a majority, the highest court in the land has been able to successfully avoid gridlock. One of the many decisions made this summer likely to have a significant impact on the lives of felons is Voisine vs. the United States. This case explored the potential grey area which emerges between state designations of a misdemeanor domestic violence charge and federal designations of a misdemeanor domestic violence charges and how this impacts gun ownership. Currently in the United States, the federal government has a series of limitations which would prevent an individual from legally owning a gun. Specifically, those who have been convicted of a “misdemeanor crime of domestic violence” are barred from obtaining firearms. Stephen Voisine, who had been charged with a state level misdemeanor charge in Maine, challenged denial of his right to a firearm by arguing that the classification for a misdemeanor charge in Maine is not equivalent to the classification for a misdemeanor charge at the federal level. Though the Maine statute delineates those guilty of assault as having “knowingly, intentionally, or recklessly cause[d] bodily injury or offensive physical contact to another person,” the federal statute does not include the word “recklessly.” However, the court quickly decided to uphold the federal government’s decision and argued that a “reckless” domestic assault as defined by the Maine statute was comparable to and qualified as a misdemeanor crime of domestic violence. As a result of this ruling, those who have broken certain state laws will still be barred from owning a firearm by the federal government.