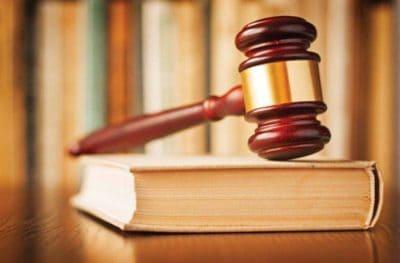 What’s the Difference Between an Expungement and Record Sealing?

Sealing or expunging a criminal record can be very valuable when applying for a job or license, seeking credit, applying for educational programs, obtaining housing, and securing other opportunities. Many times, the terms “expungement” and “record sealing” are used interchangeably when discussing the topic of criminal record clearing. Black’s Law Dictionary defines “expungement of record” as “The removal of a conviction (esp. for a first offense) from a person’s criminal record.”

In some cases, an expungement is essentially the same thing as a record seal, and in others, it can completely destroy all records of the arrest and subsequent conviction.

The real difference between an expungement and a record seal ultimately depends on the state. A true expungement, if granted, results in the complete destruction of your criminal record. This means all arrest records and court case information is removed from the public record in its entirety. With a proper expungement, no one (including judges) would have access to the criminal records because they have been erased. Unlike an expungement, record sealing does not completely eliminate a criminal record, but it removed the record from the public’s view, restricting access to a very limited group of government agencies.

Still, an expungement can mean different things depending on the state. For example, an expungement of criminal records in Kentucky results in the underlying charge being vacated and dismissed (if it was a conviction). The court then orders all records held by them and other agencies be deleted or removed from their computer systems “so that the matter shall not appear on official state-performed background checks.” Furthermore, the court and other agencies, if asked, are to reply that no such record exists. “The person whose record is expunged shall not have to disclose the fact of the record or any matter relating thereto on an application for employment, credit, or other type of application.” A list of Class D Felony Offenses eligible for expungement under a new law, can be found on the State’s website.

In Ohio, adult convictions cannot be “expunged” or completely erased from your record. Instead of expungement, Ohio uses the process of sealing a criminal record. When a record is sealed, the record of your conviction or criminal charges is filed separately from all other persons’ records. The record still exists, but it cannot be seen by most employers, landlords, etc. There are exceptions whereby your record could be made available to law enforcement, jobs working with children/the elderly, and state professional licensing boards. If there are future criminal investigations involving you, prosecutors, judges and police can still access sealed records as well.

Finally, some states, like Illinois for example, have the option of record sealing or an expungement. Generally, an expungement in Illinois is only available for criminal charges that did not result in a guilty conviction. However, many other misdemeanors and some felony convictions can be sealed if certain requirements are met. Still, whether you obtain an expungement or a record seal, any and all records related to the criminal offense will be removed from public view.

The benefits of an expungement or a record seal are many. In either case, one of the most commonly asked question is the following:

If my records are expunged or sealed, do I have to tell employers or potential employers about it?

Whether your case qualifies for a full record expungement or a record seal, there are many potential benefits that come as a result. The following chart details the various states in which WipeRecord currently offers legal services, along with the availability of an expungement and/or a record seal. Note: Only full expungements, whereby the case records are completely destroyed, will be regarded as an “expungement” for purposes of the chart. This does not mean the specific state does not have a mechanism for clearing criminal records, as every state’s procedures are different.

Below you'll see the State, Whether Expungement or Record Seal is used and the legal effect.

The case is re-opened, the guilty verdict or plea is withdrawn, the charges are dismissed, and the case is closed without a conviction.

Record seal available for cases that were acquitted or withheld from adjudication. The seal restricts access to the records by the public. Expungement available for offenses that were dismissed. Expunged records not available to public nor agencies given access under seal, and such agencies are issued a statement indicating that “criminal information has been expunged from this record.”

Expungement available for non-convictions generally. Expunged records are destroyed or returned to the petitioner. Many misdemeanors, some Class 3 and 4 felonies available for record sealing. Sealed records are maintained by agencies, most of the general public will not have access, but law enforcement will.

Many offenses now eligible for expungement. Records may be available to public, but are marked “expunged” and cannot be held against you for employment. Non-conviction records eligible for record sealing, which removes all files from public view.

Some Class D felonies, misdemeanors, and non-convictions are eligible for expungement. Original conviction is vacated, and record completely expunged and deleted from all systems.

Certain felonies and misdemeanors, along with non-convictions eligible for expungement in Louisiana. Records not available to public, but are accessible to law enforcement, licensing boards, and other government agencies.

When the State “sets-aside” a conviction, it is deemed not to have occurred, and the record is removed from the public. Records are available to limited government agencies/law enforcement.

Expungement available for non-convictions, some misdemeanors and qualifying felonies. Expunged record is not destroyed, law enforcement and government agencies have access. Records are sealed from public access.

Certain felony drug and other specified convictions eligible for a record seal, but are subject to further requirements. Records not available to public, only law enforcement and some government agencies.

Certain felony and misdemeanor convictions eligible. All records are sealed, the conviction is deemed not to have occurred, yet the record may be used in a subsequent court proceeding. Sealing also restores civil rights lost because of the conviction.

Expungement available for some misdemeanor and felony records, as well as non-convictions. The record is sealed and removed from public access. Two forms of expungement: one erases the whole record, and the other leads to a dismissal.

Persons who meet certain qualifications can have an arrest record, misdemeanor conviction or certain lesser felony convictions set-aide. Set-aside restores civil rights, and seals the record from public view. Record may be available for viewing in limited circumstances by court order.

Low level misdemeanors and non-convictions are eligible for expungement. Effect is a record seal, and record is not destroyed. Records are not available to general public, but disclosure is authorized to certain agencies for limited access.

Expunction available for arrest records, non-convictions, or pardoned cases. The records are removed from agency possession, are completely sealed, and the person may deny the existence of the offense (may state under oath “the matter has been expunged”). Orders of nondisclosure available for certain first offender misdemeanor convictions. The record may not be disclosed, except to criminal justice agencies and other specified persons per the law.

Certain felonies and misdemeanor convictions are eligible to be vacated and dismissed by the court. A conviction that has been vacated may not be disseminated or disclosed to any person, except criminal justice enforcement agencies. Vacated convictions may be further sealed under certain circumstances, sealing the records held by the state police.

If you have a criminal record in one these states, it can be fairly simply for anyone with internet access to quickly view that record. Even if your record just consists of an arrest without a conviction, that data is likely still in the public sphere, and can potentially damage your reputation. To remove the harmful effects of a criminal record, it is best to consult with an attorney to review the relevant state’s expungement or record sealing options. Not only can you receive a court order removing the record from public access, but you may also have certain rights and privileges restored (voting, firearms, etc.) under the law. If granted, an expungement or record seal can prove to be a life-changing and priceless opportunity.