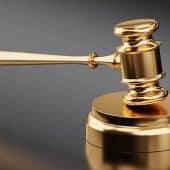 What is the North Carolina Second Chance Act?

What is the North Carolina Second Chance Act of 2020, and How Does It Impact You?

Almost one in four North Carolina citizens have criminal records. This means that one in four individuals has to deal with devastating secondary consequences that impact their employment, housing, and other opportunities, such as their Second Amendment rights.

However, with North Carolina Second Chance Act’s implementation, we are one step closer to ending the exclusions that many individuals with a criminal record have to endure.

The North Carolina Second Chance Act was signed into law by Governor Roy Cooper on June 25, 2020, with the goal of increasing who may qualify for expungement or the process by which a criminal record is erased or sealed from the public.

The purpose of this bill is to expand eligibility for expunging all nonviolent misdemeanors and up to one incident of a nonviolent felony conviction. This act will also automate the expungement of certain “non-guilty” charges and “youthful convictions.”

Who Benefits From this New Law?

One of the most significant benefits of this new law is that it allows ex-offenders who have a prior criminal record the ability to get a second chance at life.

With this law’s implementation, thousands of people will finally have the opportunities they never thought possible or were previously denied, such as finding work, building a career, obtaining solid housing and purchasing firearms legally.