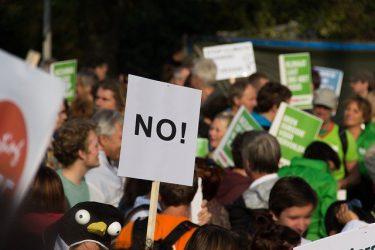 What To Do If You’ve Been Arrested At A Protest

We’ve been getting a lot of calls and emails recently from people concerned that their recent arrest at a protest will have lasting consequences. According to some reports, many of those who were arrested will probably be let go and charges will most likely be dropped. However, in some areas of the country, people will be convicted. Many people with otherwise good intentions may therefore find themselves in legal trouble. Depending on which state you’re in, you may be eligible to expunge or seal your criminal charges.

The First Amendment protects the right to free speech and to freedom of assembly. While protests have intensified and increased in number, tensions between citizens and police officers can lead to erratic behavior for some, and eager action on the part of police. Regardless of what your situation is, it’s important to know that you may have options to erase some incidents from your record.

Some states have passed laws to allow for the automatic record expungement for those who were arrested but not convicted. However, states will probably be less inclined to expunge convictions resulting from the protests.

If you were arrested and not convicted, it may be worth checking your county and state laws for any policies regarding what may show up on your background check. If you were convicted, you certainly want to see if you’re eligible to expunge that incident from your record. We have a free and confidential expungement eligibility test that you can take to confirm whether your conviction and/or arrest is eligible for sealing or expungement.

Remember, even if you feel the arrest or conviction was justified, you should still consider talking to a law firm, as criminal records can remain forever. WipeRecord, a division of Eastman Meyler, PC, is highly experienced in post-conviction relief, and we understand wanting to clear your criminal record. We feel for those who may now have a criminal record by exercising their First Amendment rights. If you have any questions about your situation, please feel free to contact us to speak with an agent today.