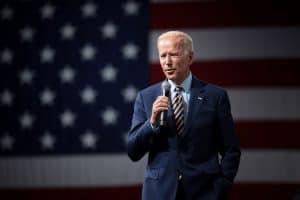 Where Will Biden Stand on Firearms?

Firearms have and will continue to be a hot topic in our national discourse for the foreseeable future. In any typical debate, the term “firearm” acts as an all-encompassing umbrella term which can incorporate everything from a single shot firearm to a semi-automatic. This in itself makes any debate extremely complicated. When one side says that firearms should be banned, what do they mean? We can go down the rabbit hole on definitions, but for the sake of sanity, we won’t.

Unless something odd happens, it looks like Joe Biden will be the next president of the United States. Whether you voted for or against him, you should know what his administration will try and do once they have control – specifically regarding firearms and firearm safety.

I think we can all assume that majority of gun owners are law abiding citizens who possess guns for lawful purposes like protection, hunting & going to the range. Yet the news (both left and right wing) seldom reports on a story that a person went to a Walmart and bought a gun for hunting. News outlets report on mass shootings, which always brings up the argument over gun control legislation.

Regardless of what your stance is (and we must admit, it’s confusing), the Biden administration has some sweeping gun control proposals that they will seek to address in an effort to curb gun violence. While this may arguably be a step in the right direction (pun intended), you’ll probably read dozens of articles each month and see more pundits talk about how Biden and Harris are trying to steal guns from Americans and how Biden is anti-2nd Amendment. This author sums it up by stating: “The Biden administration has policy views that would directly attack the second amendment and its founding principles.” (Source: The Shorthorn) Is this an extreme view? Perhaps. You can read this author’s argument and judge for yourself. If you’d like to make an informed decision about what Biden is proposing and if he’s going to “directly attack the 2nd Amendment,” I encourage you to read Biden’s position here: Joe Biden’s Plan to End Gun Violence.

You may recall pundits, talking heads and the everyday Twitter users arguing that Obama was going to steal your guns and now similar rhetoric suggests that Biden is going to do the same. One thing is for sure, this argument is bound to get people fired up (on both sides). But, if you really analyze it, you have to wonder if organizations like the NRA and gun manufacturers publicly admonish Biden (and formerly Obama) but secretly LOVE the fact they will be and were President because fear-mongering leads to sales! This article sums it up pretty well: The gun industry’s biggest threat is Obama leaving office. This article suggests that the gun industry massively profited from Obama’s presidency. One can only imagine how much more the gun industry will profit with Biden in office.

One thing that should be a concern is the possibility of Biden making the restoration of firearm rights to felons more difficult. To get your gun rights back, you must restore them at the state level and the federal level. Once you restore them at the state level, most times, the federal prohibition will be lifted and one will be permitted to legally own and possess a gun. While each state has different criteria as to who is eligible to restore their rights, it has to be restored at a federal level as well. Biden’s administration could make this more restrictive or could make it easier on the federal level.

Related article: Can a Felon Own a Gun

In summary, we encourage you to really dive deep into the issue and think about what Biden is proposing. Look at his administration’s proposals. Read and dissect them. Talk to your friends and colleagues about it if you feel the inclination. If any of his proposals are enacted, will it curb gun violence and lead to less deaths? Will Biden be on his way to destroying the 2nd Amendment? Like any hot topic, there is a massive gray area.