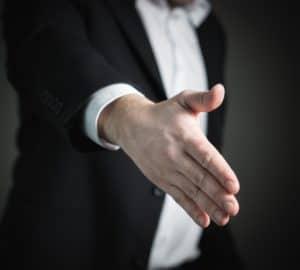 Why a Staffing Agency Should Partner with an Expungement Firm

Most people in this country WANT a job and WANT to work to provide for themselves and their families. Did you know that almost 1/3 of American adults have some sort of criminal record? When you combine that with the fact that mostly every job application asks “have you been convicted of a crime?”, it may be more difficult to become employed.

Staffing agencies and head hunters no doubt have had candidates that are qualified and some cases, overqualified for a job. So what’s the rub? Well, sometimes they can’t place their client because of something (like an arrest or conviction) that occurred in the client’s past. We touched on this in an earlier post about hiring felons in the restaurant industry.

Staffing agencies and head hunters are successful when they can place candidates. One of the things that these companies typically fear is running a criminal background check on someone who is ideal for a certain position. Why? Well, most companies will not hire an ex-felon. It’s a stigma we have been working hard to try and shake but this situation normally discourages employers from hiring someone. There have been efforts to “ban the box” but no solid evidence has proven how effective this will be.

What if there was a way to help these candidates expunge or seal their criminal past so that they can get placed into a job? Will a staffing agency or head hunter would be able to better place a candidate that can truthfully say they have never been convicted of a crime? Or ever arrested? We think so.

So what does it mean to expunge a criminal record?

Expunging a criminal record typically destroys the record and a candidate can truthfully say he/she was never convicted of a crime. Expunging a criminal record (similar to sealing a criminal record) is a legal process that can be rather complex for an individual trying to do this on their own. While an individual could theoretically expunge their record on their own, they would need a solid understanding of intricate state statutes. And sometimes one must appear in court and plead their case(s). At WipeRecord, a division of Eastman Meyler, PC, we focus on expungements and record sealings and we take that stress and uncertainty away to the best of our ability. We also have a low-price guarantee!

Law firms, like WipeRecord that focus on expungements and record sealings, should be seen as an invaluable partner to most staffing agencies and head hunters around the county.