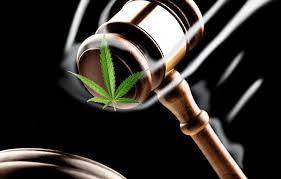 Will We Ever See Expungement Of Federal Marijuana Offenses?

With all of the talk and action on marijuana legalization and related reforms, we have primarily been focused on individual states that are pursing these activities. But what options are available if you were convicted of a marijuana related offense at the Federal level? Oregon house representative Earl Blumenauer has a federal plan in the works called The Clean Slate For Marijuana Offenses Act of 2015. In addition to relief at the state level, this legislation calls for Marijuana Expungement of Federal marijuana charges relating to possession of less than one ounce of marijuana. There is some very relevant logic to Blumenauer’s strategy , primarily due to the continuing conflict of State vs. Federal on marijuana legalization and recognition. We all have heard the stories of marijuana based businesses being allowed to operate legally in some states, only to be targeted time and time again by Federal law enforcement that does not recognize or follow state weed laws.

In 2013, nearly 90% of the almost 700,000 marijuana related arrests were for possession of small amounts according to the Drug Policy Alliance. While the majority of these possession arrests are made at the state level, there are still a significant amount of Federal arrests for possession and this proposed legislation is a great step in the right direction for even more reform to follow.

At WipeRecord, where we help individuals expunge and seal their past criminal offenses, we feel that there are many great things about Blumenaur’s Clean Slate For Marijuana Offenses Act, as it will allow yet another clear pathway for marijuana expungement, especially for those individuals who were arrested on the Federal level for marijuana related offenses, for which there currently is no real relief. If you have a marijuana related arrest and would like to learn more about wiping this occurrence off of your record, please contact our office at 844-947-3732 to learn more about our service as well as our low cost, money back guarantee.