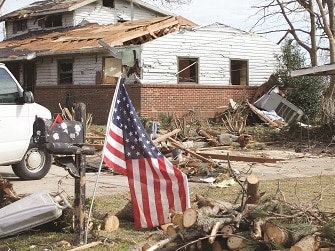 During times of man-made or natural disaster, American citizens can become concerned with the government’s response to crisis and how it will affect them. During times of tragedy, Governors of affected areas are liable to declare a state of emergency.  This declaration suspends or alters the typical actions of executive, legislative, and judiciary branches of government. It can result in expanding the power of government beyond its regular authority. With the multiple incidences of hurricanes impacting the United States in 2017, many are wondering what powers local law enforcement have in the aftermath of these disasters. Specifically, can the government confiscate guns from legal, licensed gun owners? There is a lot of misinformation regarding what powers the government has during times of crisis, and this article will serve to clarify what rights legal gun owners have in such crisis situations.

Fear over gun confiscation began in 2005 during the aftermath of Hurricane Katrina in Louisiana. Katrina was the most devastating hurricane to hit the United States at the time, and local government officials and law enforcement were not accurately prepared to address the disaster. This lack of consensus and poor communication led to the New Orleans Chief of Police, Edward P. Compass III, to declare that police officers had both the right and responsibility to confiscate firearms from New Orleans gun owners. This decision was justified by the idea that the law enforcement officials needed the weapons and ammunition to protect local survivors.

The order by Chief Compass led to his termination as Police Chief soon after Katrina. Furthermore, it led to over a decade of public fear of the government having the potential to override rights granted in the Second, Fourth, and Fourteenth Amendment. Although it’s reasonable to be concerned about this happening again, past gun confiscation was minimal. According Brannon LeBouef, a New Orleans Marine veteran and reserve police officer who participated in the response to Katrina, “There was NOT widespread gun confiscation in New Orleans. What gun seizure did occur was a series of isolated events that effected a tiny minority of the population.”

In any case, these past actions of “police state” policies have left gun rights advocates fearing for their rights. Fortunately, Americans have little to worry. Following these obvious abuses of American rights, both federal and local legislation has been passed to ensure such actions are never taken again. In 2006, Congress passed the Disaster Recovery Personal Protection Act to prevent the government from future seizure of legally owned firearms during periods in which there had been declared a state of emergency. The only exception to this law is that a police officer may require a gun owner to temporarily surrender a firearm if it is required for entry into a form of transportation used for evacuation/rescue. This exception requires that the firearm be immediately returned to the owner upon completion of said rescue.

Local bills such as Texas SB 112 and Florida SB 290 ensure that licensed American gun owners may retain and carry their guns to protect themselves and their families. Florida State Senator Jeff Brandes argues that such legislation is an effort to protect citizens’ rights. Brandes said, “With the signing of SB 290, all lawful gun owners will be permitted to carry a concealed weapon if they are complying with a mandatory evacuation during a state of emergency. I’m proud to have sponsored this bipartisan bill ensuring that we have the right to protect our families during these sometimes chaotic times.”

Most state laws regarding protection from gun confiscation are fairly comprehensive. There are few narrow exceptions, and still, the firearm must be immediately returned once a safe environment has been established. Firearms may only be permanently confiscated if the individual is not the legal owner of the gun, or if they are using the weapon to engage in criminal activity.

Overall, gun owners have little to fear in the way of gun confiscation during periods of crisis. It is worth noting that if you live in a U.S. territory, your regulations may differ from those mentioned here. The NRA has been a part of these procedures in response to Hurricane Irma. If you have questions regarding firearm ownership, or are wondering whether you may restore your firearm rights, it’s best to consult an attorney. Firearm laws can be difficult, and they also vary depending on the state. 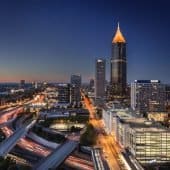